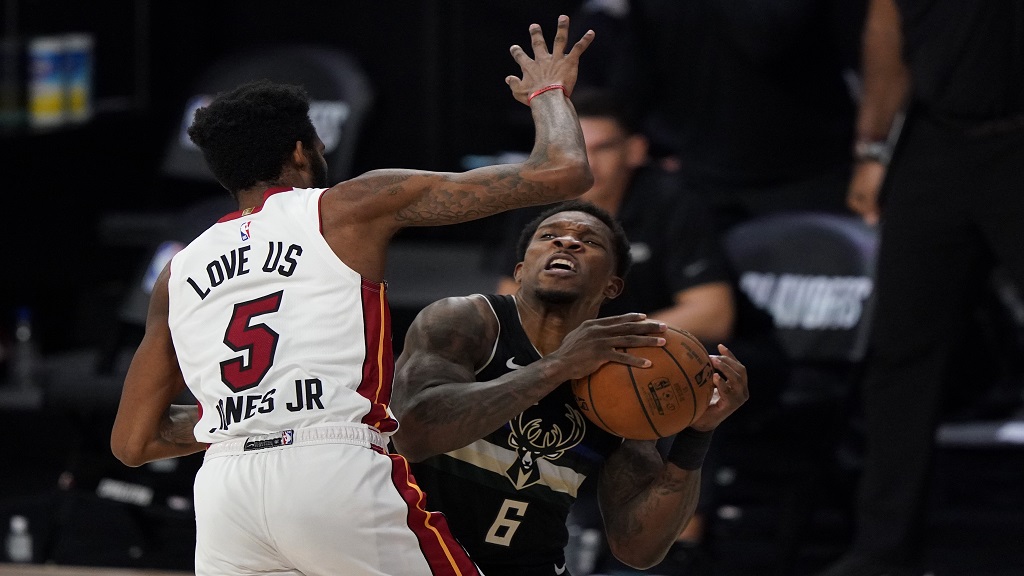 The Miami Heat moved into a 2-0 series lead over the Milwaukee Bucks in controversial fashion, while the Houston Rockets advanced.

Miami posted a 116-114 victory over the Bucks to go 2-0 up in the Eastern Conference semi-finals on Wednesday.

But it came after a controversial finish in the NBA bubble at Walt Disney World Resort.

With Miami leading 114-111 with less than five seconds to play, Goran Dragic was called for a foul on Khris Middleton, who hit three free-throws.

But, more drama was to follow, Giannis Antetokounmpo ruled to have fouled Jimmy Butler, who hit two free-throws with no time left to lift the Heat to a 2-0 lead against the top seeds.

The Rockets finally advanced from the Western Conference first round thanks to a 104-102 win over the Oklahoma City Thunder in Game 7.

Despite a poor offensive outing from James Harden, the Rockets moved into a meeting with the Los Angeles Lakers.

Harden produced a huge late block to deny Luguentz Dort (30 points) as the Rockets held on.

Even Heat enough to power past Giannis

Miami had seven players in double-digits for points in their win over the Bucks, led by Dragic (23).

Tyler Herro, 20, was one of the seven, going six-of-13 from the field for 17 points off the bench for Miami.

Antetokounmpo had a double-double of 29 points and 14 rebounds for the Bucks.

Chris Paul had a triple-double of 19 points, 12 assists and 11 rebounds as the Thunder were beaten.

Harden struggled badly for Houston. The star guard was four-of-15 for just 17 points in 37 minutes, while he also had four turnovers.

Trailing the Boston Celtics 2-0 in the Eastern Conference semi-finals, the Toronto Raptors need a response on Thursday.

NBA to return on Saturday after Jacob Blake protests