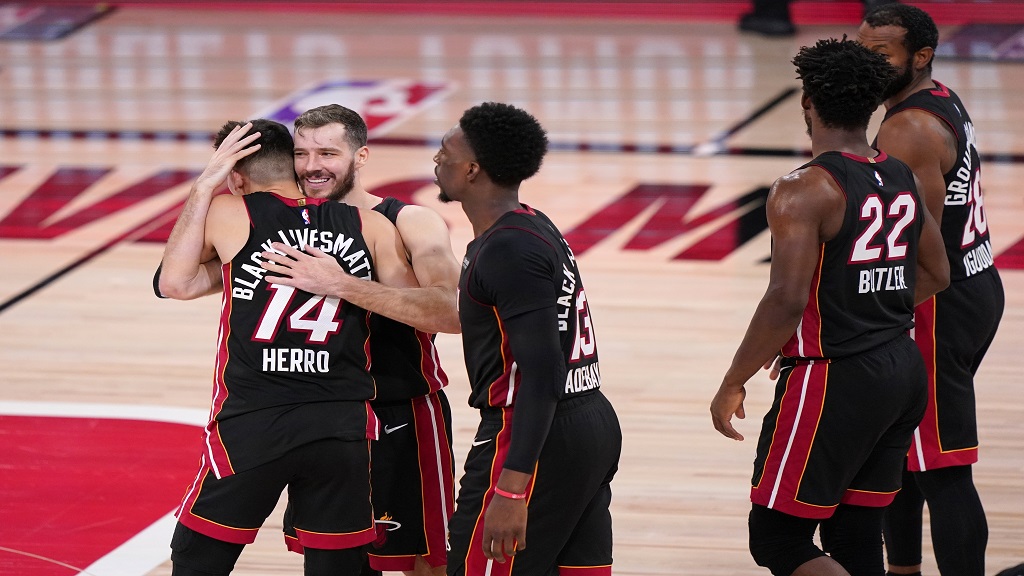 Tyler Herro led the Miami Heat to a 112-109 win over the Boston Celtics and a 3-1 lead in the Eastern Conference finals.

Herro, the 13th overall pick in the 2019 NBA Draft, stole the show in Game 4 of the playoff contest at Walt Disney World Resort on Wednesday.

The 20-year-old had 37 points on 14-of-21 shooting, to go with six rebounds and three assists, in an impressive performance.

Herro's career-high 37 points put Miami within a win of a first NBA Finals appearance since 2014.

As Herro led the way, Jimmy Butler (24 points and nine rebounds), Bam Adebayo (20 points and 12 rebounds) and Goran Dragic (22 points) all chipped in for Miami.

Herro's 37 points were the most by a rookie in the Conference finals or later since Magic Johnson's 42 in Game 6 of the 1980 NBA Finals, as per STATS.

In a worry for Miami, All-Star Adebayo appeared to suffer a wrist injury late in the game.

The Heat held a half-time lead for the first time in the series, although they were pulled back by Boston.

Scoreless in the first half, Celtics star Jayson Tatum erupted for 16 third-quarter points, finishing with 28 for the game.

Kemba Walker had 20 points and Jaylen Brown contributed 21, but the Celtics are staring at an Eastern Conference finals defeat.

After the Denver Nuggets cut the Los Angeles Lakers' Western Conference finals lead to 2-1, the teams meet again on Thursday.