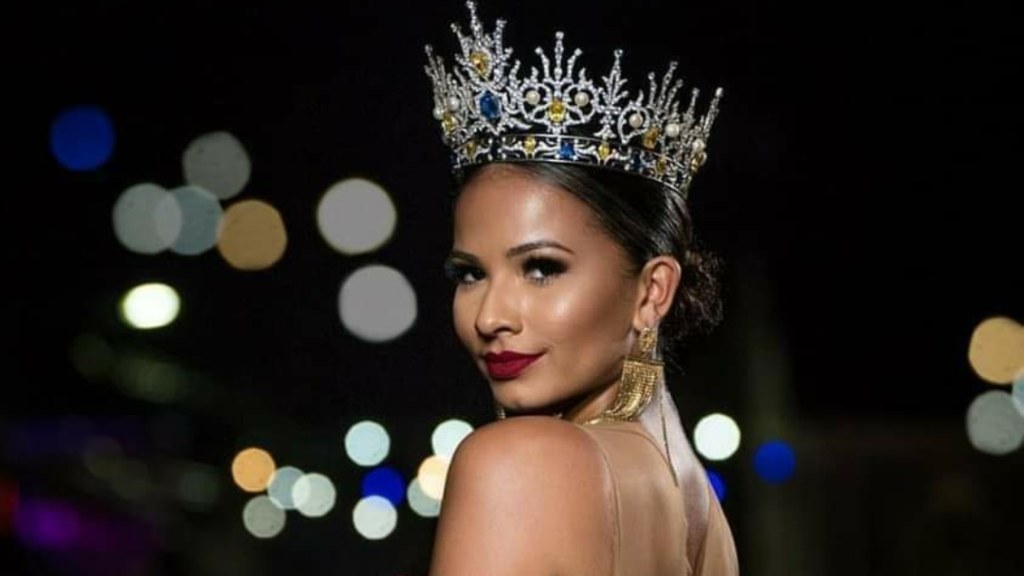 The announcement came during the live two-hour telecast entitled "Miss Universe 2020: The Making of a Queen", which was done as a stand-in for the standard pageant that is conducted in front of a live audience.

The telecast featured former queens Shannon Harris, Lesley Chapman-Andrews, and Megan Theobalds and was hosted by Gaynelle Marshall who interviewed the former Queens as well as Williams about their various experiences in the competition.

The decision to announce this year's Miss Universe without its usual live audience and fanfare is one that organisers Crown Events Inc said came after lengthy consultations, which they stated in a press release issued after the telecast.

"After lengthy consultations with the Miss Universe Organisation, and in compliance with Covid-19 best practices, it was decided that Crown Events would be allowed to select a delegate from its eligible pool, to represent Barbados on the international stage."

Organisers, Crown Events believes that Williams has shown "unwavering professionalism" in filling the role, especially during the COVID-19 pandemic.

“Hillary demonstrated unwavering professionalism, poise, grace, and creativity, all while navigating the unchartered waters of a global pandemic. She epitomizes what the crown stands for, and we at Crown Events invite Barbadians from all around the world to join us in congratulating her on this incredible feat, and encourage you to give her all of your love and support on her road to the crown.”

Williams has said that she wants to use her platform to advocate for young people who have experienced gender-based violence, and believes that no child should be denied the chance to reach their full potential because of their gender, where they were born, or the circumstances they were born into

The 25-year-old entrepreneur owns a digital marketing agency and had previously won the People's Choice vote during the Miss Barbados Universe 2019 Pageant.

Williams thanked her supporters in a post on the Miss Universe Barbados Instagram saying; "Thank you to everyone sending me well wishes!!! I’m overwhelmed, overjoyed and I’m ready to work hard to make you all proud!! I prayed that I would get the chance to be the one to go to @missuniverse and I can’t believe it came true! Soooo I’m back!!! But this time as Miss Universe Barbados 2020!"