History to be made this Whitsuntide weekend 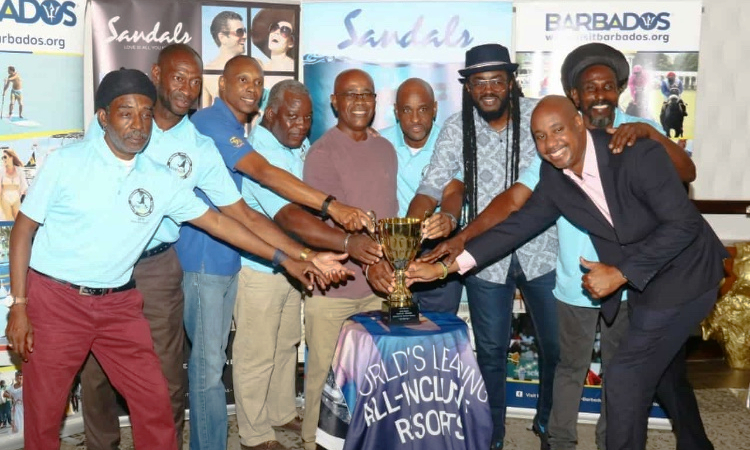 That is the message being communicated and demanded by organizers of the inaugural Barbados International Masters Football Classic (BIMFC) football tournament.

Last Wednesday, June 5, 2019, at the Sandals Beach Resort, the organizers officially launched the tournament in the presence of sponsors, the media and representatives from the 36 clubs entered this year.

Related article :New kids on the block in Masters Football

President of the committee Melvin “Ibo” Oxley said one of the primary objectives of the tournament this year is to pave the way for the future of masters’ football in Barbados, while producing a legacy that all Barbadians can be proud of.

These sentiments were echoed by former national player, coach and Technical Director Keith “Grell” Griffith, who demanded a high standard of discipline along with a quality caliber of play throughout the tournament.

“I am going to ask three things of you; show class, show character and play with cohesion and as you all know my favourite saying, play with some flair and panache”, Said Griffith.

Executive member of the Barbados Football Association (BFA) Barney Callendar conveyed the associations support of the tournament and lauded the vision of the BIMFC team to take on such a monumental task.

Oxley expressed gratitude to the sponsors and all the teams for pledging their trust in the BIMFC team, their vision and their passion, which he said was driven by their patriotism.

Oxley stated this tournament is by the people for the people.

“It was a calling and I came to serve. When I get my calling, I do my duty and what I don’t do is put a negative aspect to it”.

Manager of Sports in the Barbados Tourism Marketing Inc, Devon Chase and Public Relations Manager of Sandals Beach Resort David Hinds both expressed their delight in being a part of the historical event and pledged their full support behind the BIMFC.