#FBF: Hundreds made First Light their party choice to start 2020 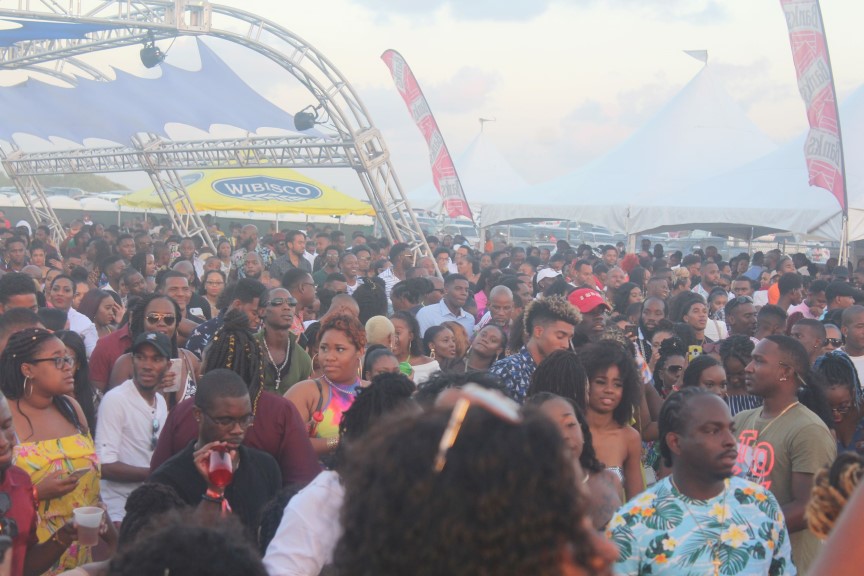 First Light returned to the picturesque cliff-side location at Rockfield, St Lucy for its New Year’s fete. Hundreds of party-goers ushered in 2020 against the backdrop of crashing waves and the first sunrise of a new year. The party seemed to attract hundreds more than it did last year as the venue was packed to capacity.

The Limerz Cruise event offered something for everyone. DJs kept the music flowing and two live performances augmented the entertainment package. A semi-covered, elevated deck awaited those who opted for the easy-pass option, which also afforded them a separate entrance and bar facilities.

The general audience was treated to some delectable offerings by representatives from Farmer’s Choice and Wibisco, among others.  Amidst the sweltering heat, a solitary snow-cone vendor was a welcomed sight as many descended on the cart to take full advantage of this refreshing ice-treat for sustained energy to continue their feverish feting.

Live performances commenced just after 6 am, when ‘Daddy’ landed. Mole’s set included some noted favourites like “Boom Flick” and the 2019 hit “Breathe”. He even teamed up with Bruce Almightee for their “Aye” collaboration but these selections seemed to only mildly stir the massive crowd.

An appearance by Lil Rick followed and he was more successful in hyping the crowd up. His antics-filled set drew the audience closer as the females got creative with their ‘sugar lumps’ and balanced their ’batties’ much to the merriment of their male counterparts. The ingenious entertainer even teased with a snippet of a new release set to drop soon.

DJ Riggo Suave took on the ‘wheels of steel’ after the live acts exited and succeeded in revitalizing the crowd with his eclectic set. He seemed to touch almost every genre of music and should be credited for taking the breakfast party to another level as he expertly maneuvered his selections while keeping the audience totally engaged on the mic.

Other DJs for the event included DJ Salt & Don, DJs Mali Fresh and Scott Le Roc and Level Vibes. They were all well received with sets which ranged from soca to rap. DJ Bubbles took up the emceeing duties and ensured things ran smoothly.

When the resident rodent of the north, Surf Rat hit the stage, along with Menace, just before 10 am, he did not disappoint those who had anxiously awaited his arrival. He was true to his brand and in addition to the adoring screams and laughter which greeted him, patrons did not hesitate in following his every instruction. The local St. Lucy DJ fittingly brought the breakfast cooler fete to a climax.

Things to do: 9 events to ring in the New Year

10 tips to help you stick to New Year's resolutions