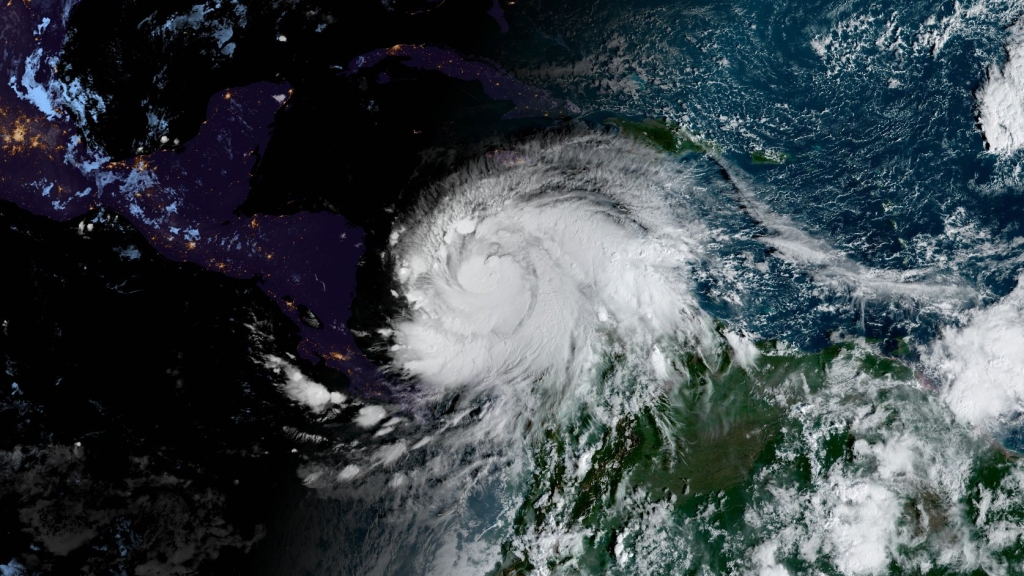 Hurricane conditions are expected within the Hurricane Warning area in Nicaragua and Honduras by late Monday. 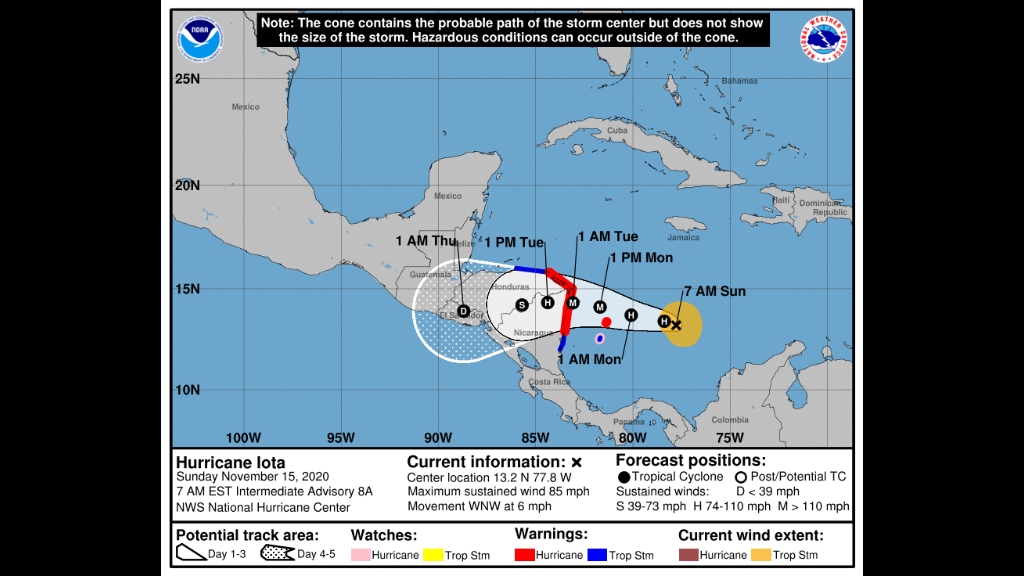 At 7 am EST, the centre of Hurricane Iota was located over the southwest Caribbean Sea about 380 miles (615 km) east-southeast of Cabo Gracias A Dios on the Nicaragua / Honduras border.

Iota is moving toward the west-northwest near six mph (nine km/h).

A westward to west-north-westward motion is expected during the next couple of days until landfall occurs in Central America.

On the forecast track, Iota will move across the south-western Caribbean Sea today, pass near or over Providencia on Monday, and approach the coasts of Nicaragua and north-eastern Honduras on Monday night.

Iota’s maximum sustained winds have increased to near 85 mph (140 km/h) with higher gusts.

Rapid strengthening is expected to occur during the next day or two, and Iota is forecast to be a major hurricane when it approaches Central America. 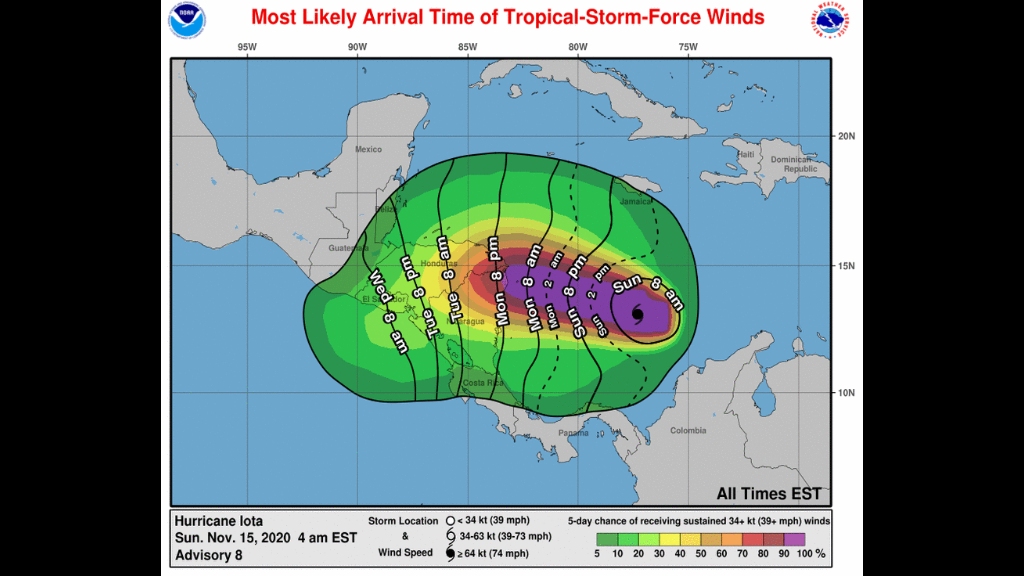 Iota is expected to produce the following rainfall accumulations thru Thursday:

This rainfall would lead to significant, life-threatening flash flooding and river flooding, along with mudslides in areas of higher terrain.