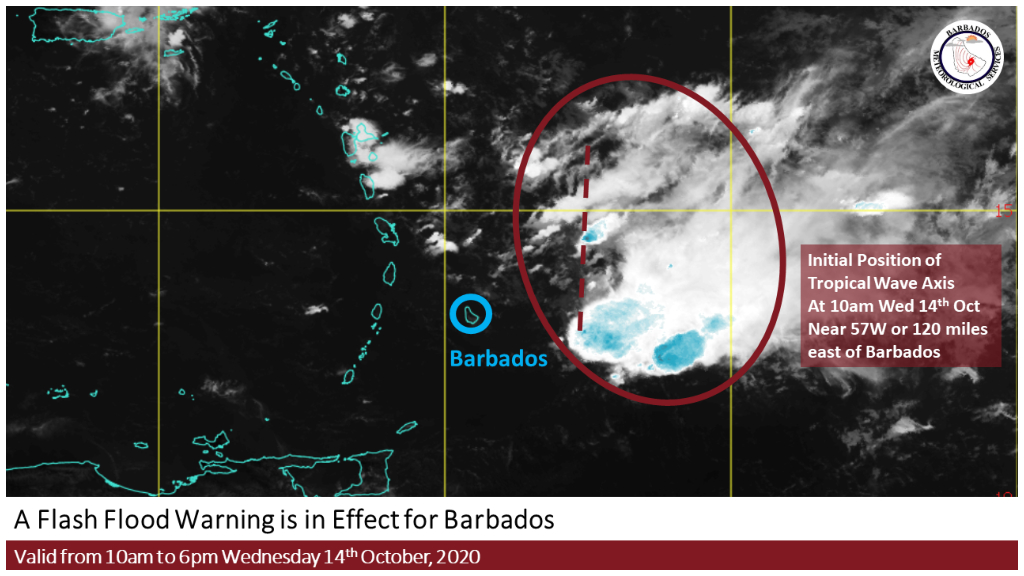 The Barbados Meteorological Services (BMS) has issued a flash flood warning for Barbados from 10:33 am to 6 pm or sooner if conditions warrant.

A flash flood warning is issued when rapid flooding due to heavy or excessive rainfall in a short period of time (generally less than six hours) is occurring or is imminent in the warning area.

According to the BMS report, maximum rainfall accumulations of 25.0 to 100.0 mm in heavy to violent showers are expected across sections of the island today as a tropical wave affects the island.

Synopsis: A tropical wave will be affecting the island.

Synopsis: A tropical wave will continue to affect the island.

General Forecast: Mix of clear skies and clouds with the occasional intermittent widely scattered light to heavy showers and a low chance of isolated thunderstorms.