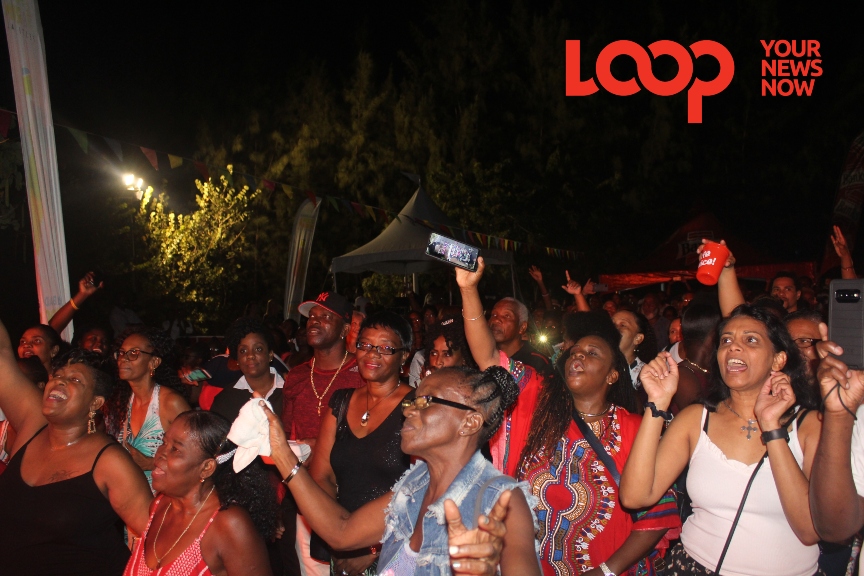 The crowd enjoyed Krosfyah on stage at Holetown Festival

Krosfyah pumped new life into the Holetown Festival last weekend when the band made a special appearance at the annual celebration. An eager crowd gathered at The Holetown Monument for the evening concert which featured the prominent band, proving that even after thirty years in the industry neither its relevance nor support has dwindled.

Commencing shortly after 9 pm with lead singer Edwin ‘De General’ Yearwood at the helm, patrons were treated to a slew of the band’s hits, spanning over several years. These included favourites like “Pump me up”, “Handle Yuh Business”, “Sweatin”, “Chrissening”, “Home Sweet Home” and “Peace Sign”.

Audience members started to move from the opening strains of the infectious “Sak Pase”. They did not hesitate to follow the instructions of ‘De General’ as they chipped left and right and demonstrated the dance synonymous with the well-loved hit. The same was repeated for “Yardie”, the anthem of all Krosfyah supporters, as the crowd stomped accordingly to reaffirm their devotion to the thirty-year old band..

At one point, Yearwood reminded those present just how versatile a performer he was as he belted the lyrics to several ballads and even teased with a snippet of “Something Greater”. Upon its conclusion just after 10 pm, the smiles plastered across faces and the waistlines workouts witnessed throughout the hour-long show were testament that Krosfyah was a welcomed addition to the St James street festival.