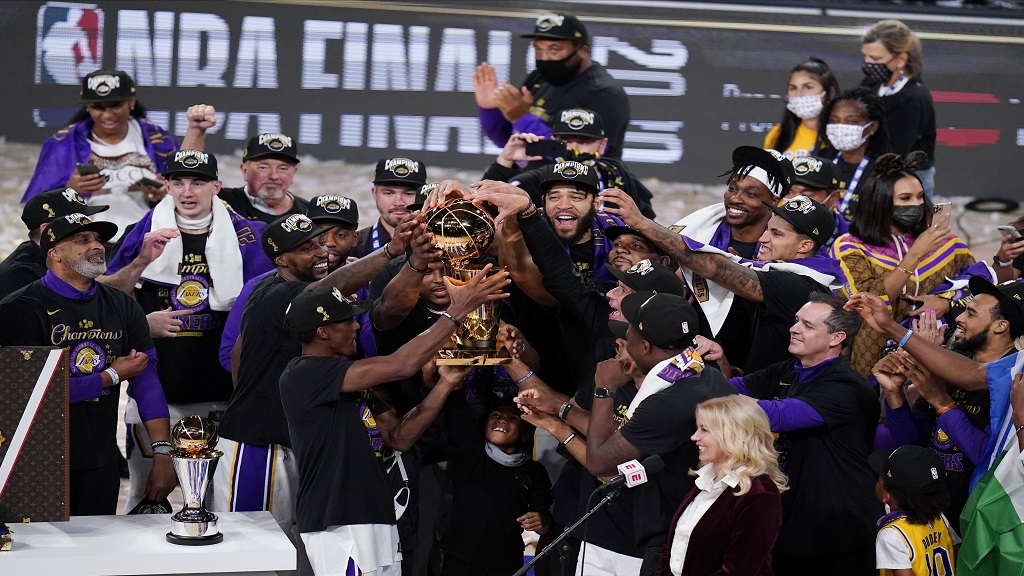 The LeBron James-led Los Angeles Lakers annihilated the Miami Heat 106-93 in Game 6 of the NBA Finals to claim their first championship since 2010.

Jimmy Butler and Miami delayed the Lakers' title celebrations by winning Game 5 to stave off elimination at Walt Disney World on Friday.

But there was no denying the red-hot Lakers on Sunday as the storied franchise ended their 10-year wait for glory with a 4-2 series victory in Orlando, Florida.

James – who broke the record for most playoff appearances with 260 – captured a fourth NBA title after posting his 11th Finals triple-double of 28 points, 14 rebounds and 10 assists, while Anthony Davis (19 points and 15 rebounds) had a double-double for his maiden championship.

The Heat were buoyed by the return of star guard Goran Dragic (5 points), who made his comeback from a foot injury, which had sidelined him since Game 1.

But Miami were outplayed from the outset as the Lakers extinguished the Heat with a defensive masterclass.

The Lakers made a hot start, leading 28-20 at the end of the first quarter behind James' nine points, five rebounds and three assists.

Los Angeles showed no mercy as they took a comprehensive 64-36 lead into half-time – 15 points apiece from Davis and Kentavious Caldwell-Pope (17 points) fuelling the Lakers.

Rajon Rondo (19 points) dazzled off the bench, managing 13 points on six-of-six shooting from the field while he made his only three-point attempt.

It came as no Heat player scored double-digit points through two quarters.

While the Heat were only outscored by a point in the third quarter, the damage was already done as the Lakers cruised to their 17th NBA championship following a season which saw franchise great Kobe Bryant tragically killed in a helicopter crash alongside his daughter in January.

Bam Adebayo led the steamrolled Heat with 25 points and 10 rebounds, while Butler put up 12 points, eight assists and seven rebounds.