The Latest: WHO calls for consistent message on virus 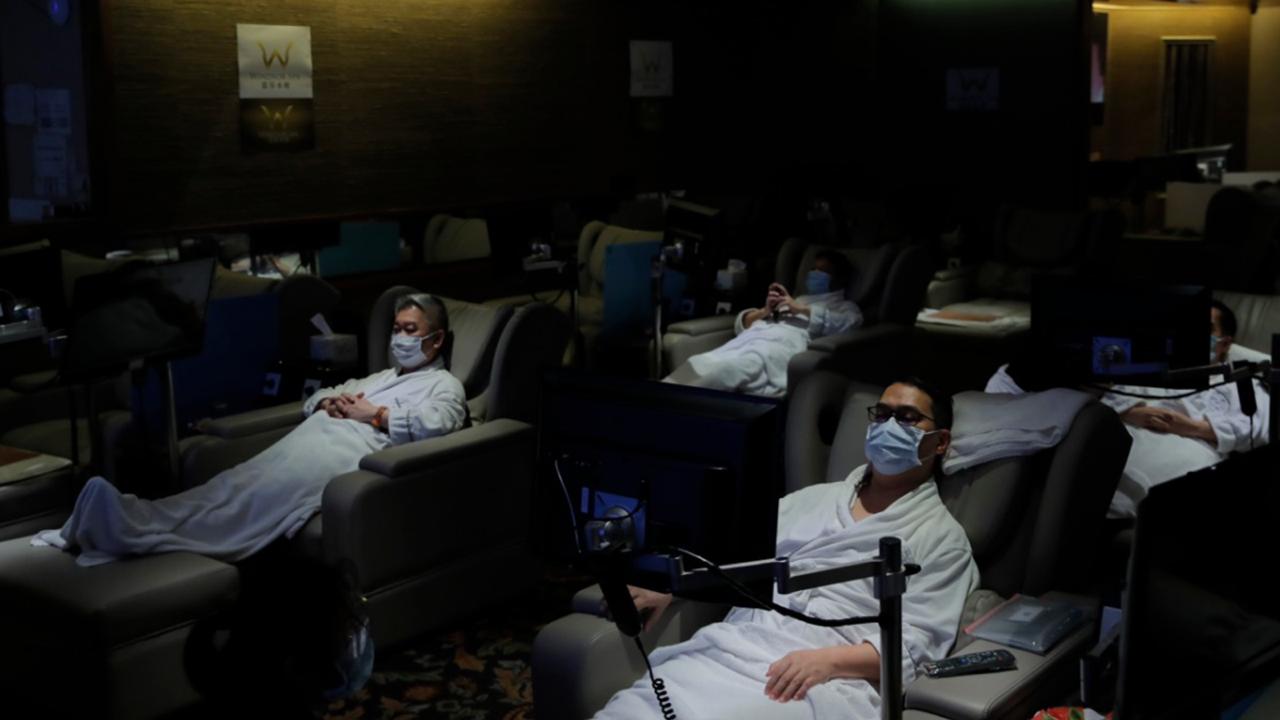 The emergencies chief of the World Health Organization says scientific disagreements over COVID-19 interventions — like masks and vaccines — shouldn’t be treated as “some kind of political football,” but acknowledged that “it isn’t easy for everyone to be on message all the time.”

Asked to respond to the open disagreements between US President Donald Trump and the director of the US Centers for Disease Control and Prevention over the effectiveness of masks and when a coronavirus vaccine might be available, Dr Michael Ryan said: “it is important that we have consistent messaging from all levels."

“This is complicated stuff,” Ryan said at a press briefing on Thursday. “What is important is that governments (and) scientific institutions step back, review the evidence and give us the most comprehensive, easy-to-understand...information so that people can take the appropriate action.” He warned against turning scientific messaging into “some kind of political football.”

WHO has previously said there may be enough data from ongoing trials into coronavirus vaccines to know by the end of the year if one of the experimental shots is safe and effective enough to use globally. On Wednesday, Trump predicted this could happen next month and that a mass vaccination campaign in the U.S. could start shortly afterwards. He called the U.S. CDC director Dr Robert Redfield “confused” for projecting a longer timeline.

___
HERE’S WHAT ELSE IS HAPPENING:

ISLAMABAD — Pakistani authorities have closed as many as 22 schools across the country after detecting violation of social distancing regulations amid a steady decline in COVID-19 cases.
The government action comes two days after authorities allowed the reopening schools.

Thursday’s announcement by the military-backed command and control centre came after health officials alerted the government that students at some schools were violating social distancing guidelines.

Schools in Pakistan were closed in March when the government enforced a nationwide lockdown to contain the spread of coronavirus.
Authorities lifted curbs on most of the businesses in May, but schools remained closed across the country.

On Thursday, Pakistan reported six new deaths from COVID-19 in the past 24 hours, one of the lowest number of daily fatalities in more five months. Pakistan has reported 303,634 infections and 6,399 deaths since the pandemic began in February in the country, which has a fragile health system. But fatalities and infections from the new virus have witnessed a steady decline, prompting the government to open schools and most of the businesses.
___
PRAGUE — The number of newly confirmed coronavirus infections have hit a record in the Czech Republic, surpassing 2,000 cases in one day for the first time.

The government has imposed restrictive measures to fight the virus, making it mandatory again to wear masks in interior spaces and limiting the number of people in bars and restaurants.

Health authorities say more restrictions are likely to be adopted soon.
The ministry said Thursday that the Czech Republic has reported 41,032 people infected since the pandemic began, with 482 deaths.
___
COPENHAGEN, Denmark — A Norwegian cruise company that saw two coronavirus outbreaks on one of its ships in July, says it has decided to suspend all “expedition operations” through the end of the year.

The Hurtigruten cruise line was one of the first companies to resume sailing during the pandemic. It started cruises to Norway out of northern Germany in June with a single ship and then added cruises in July to the Arctic archipelago of Svalbard.

On two of its journeys, a total of 29 passengers and 42 crew members tested positive for the virus.

The company said Thursday that the suspension was “due to the increase in COVID-19 cases” globally.
___
NEW DELHI — India has confirmed another record jump in coronavirus cases, logging 97,894 cases in the past 24 hours.

The Health Ministry said Thursday that the new cases raised the nation’s confirmed total to more than 5.1 million since the pandemic began. It said 1,132 more people died in the past 24 hours, for a total of 83,198.

At the current rate of infection, India is expected within weeks to surpass the 6.6 million reported cases in the United States, currently the country with the most reported infections.

Nationwide, India is testing more than 1 million samples per day.
___
UNITED NATIONS — The UN humanitarian chief says reports from inside Syria point to “a much broader spread” of COVID-19 cases than the 3,628 confirmed cases conveys.

Mark Lowcock told the UN Security Council on Wednesday that the extent of the outbreak won’t be known until laboratory testing is increased across the country.

He said: “We do know that community transmission is widespread, as almost 90 per cent of newly confirmed cases cannot be traced to a known source.”

He added: “Infection rates among health workers have also been rising.”
Lowcock said even before the pandemic, Syria had a shortage of health workers, and supply shortages and temporary shutdowns have added: “even more pressure to the decimated health system.”

He said on August 27 the first confirmed cases of COVID-19 were reported among residents at two camps for the displaced in the northeast, al-Hol and Areesha. He said five health care workers at a field hospital in al-Hol had tested positive in the previous weeks.
___
HONOLULU — Hawaii’s governor says that starting October 15, travellers arriving from out of state may bypass a 14-day quarantine requirement if they test negative for the coronavirus.

Governor David Ige said Wednesday that travellers will have to take the test within 72 hours before their flight arrives in the islands. Ige says drug store operator CVS and healthcare provider Kaiser Permanente will conduct the tests.

The state has previously delayed the start of the pre-travel testing program twice as COVID-19 cases spiked on the U.S. mainland and in Hawaii.

Leaders hope pre-travel testing will encourage tourists to return while keeping residents safe. Tourism traffic to the state has plunged more than 90 per cent during the pandemic, closing hundreds of hotels and putting many people out of work.