At least 6 dead as storms hit Oklahoma, Texas and Louisiana 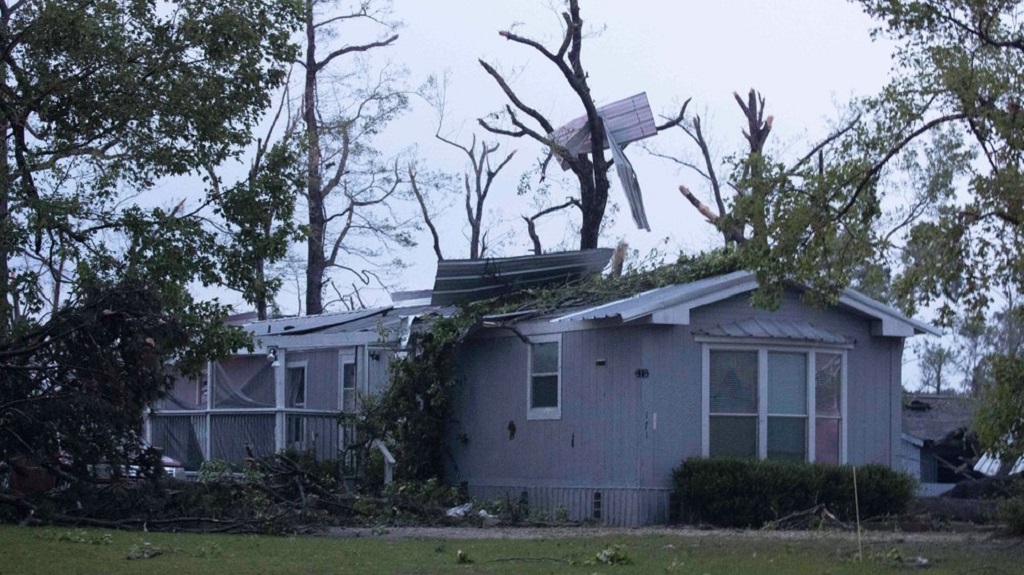 A damaged home is seen after an apparent tornado touched down Wednesday, April 22, 2020, in Onalaska, Texas. (Jason Fochtman/Houston Chronicle via AP)

Severe weather was moving through the South on Thursday after at least six people died in Oklahoma, Texas and Louisiana, including a factory worker whose body was found quarter-mile away after an apparent tornado struck his workplace and severely damaged the town nearby.

More than 100,000 customers from Texas to Mississippi were without power Thursday as the severe weather moved through, according to poweroutage.us, which tracks utility reports.

Tornado warnings sent residents taking cover in southern Mississippi and Alabama. Trees and power lines were toppled in parts of west Alabama. No injuries or major damage were reported immediately.

The factory worker was killed when a suspected twister hit just as the workforce was leaving for the day from J&I Manufacturing in southern Oklahoma, Marshall County Emergency Management Director Robert Chaney said. The worker's body was found about a fourth of a mile (0.4 kilometres) the factory, Chaney said. 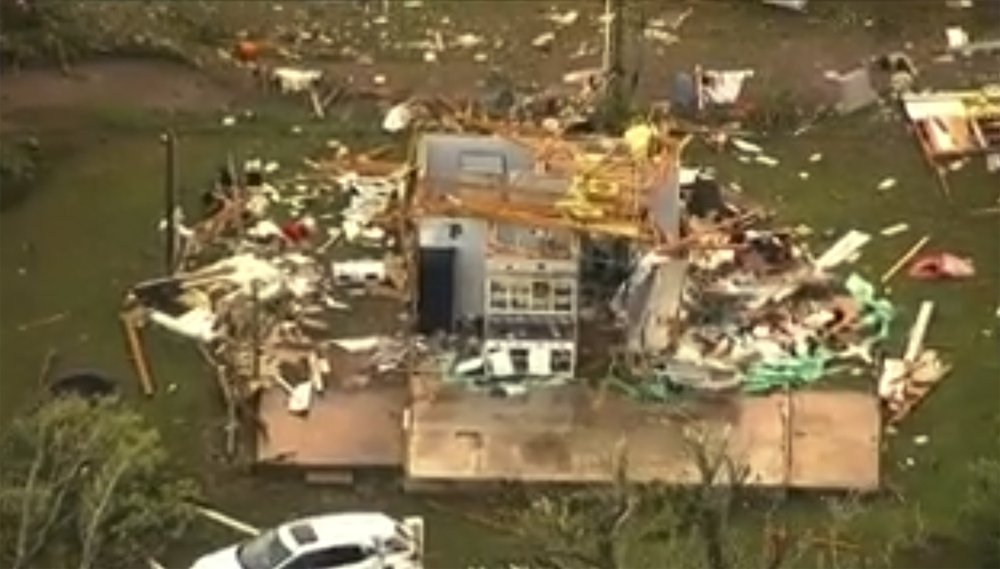 A Louisiana man was found dead after a witness saw him try to retrieve a trash can from water near a drainage ditch; He lost his footing and was swept away by floodwaters, DeSoto Parish Sheriff Jayson Richardson told The Shreveport Times.

"There was some pretty extreme flooding here in Mansfield. Water like I've not seen in many, many years, if ever," the sheriff told the newspaper. "Basically the water rose really fast and we had to rescue some people out of homes. I think we had about 20 or so homes that people were flooded in."

A woman was killed on a bridge in Woodworth, Louisiana, 15 miles (24 kilometres) south of Alexandria, due to the severe weather, the Rapides Parish Sheriff's Office told KALB-TV. The sheriff's office did not provide detail on how she died.

At least three people were killed when apparent tornado touched down in southeast Texas about 6 p.m. Wednesday near Onalaska, about 75 miles (120 kilometres) north of Houston, the Polk County Emergency Management System said in a statement. The storm also caused severe damage to homes and other structures in Seven Oaks, said Carrie Miller, a spokeswoman for Polk County Judge Sydney Murphy.

Charles Stephens of Onalaska told the Houston Chronicle that he and his wife were holed up in their bathroom when a large pine tree fell through their roof during the storms Wednesday night.

"It took me 45 minutes to climb through the roof to get out," Stephens said, adding that he had to use a hatchet to get his wife out of the debris.

The Alexandria campus of Louisiana State University also saw some damage from the storm. The university tweeted, "All resident students safe. There is damage to DeWitt Livestock building and a camper flipped over." The campus was also left without power.

A National Weather Service team will be dispatched to survey damage and to confirm whether the storms were tornadoes.