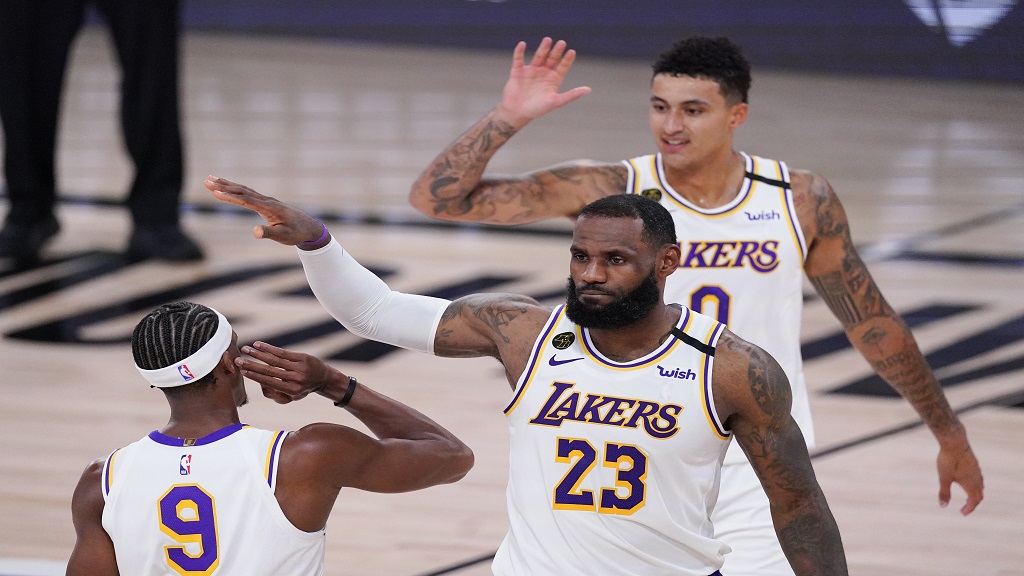 LeBron James led the way in a record-breaking performance as the Los Angeles Lakers topped the Houston Rockets 112-102 in Game 3 of the Western Conference semi-finals.

James became the all-time leader for NBA playoff wins on Tuesday with his 162nd career victory in the postseason, surpassing Derek Fisher.

Big performances from James Harden and Russell Westbrook were not enough to lift the Rockets at Walt Disney World Resort.

Meanwhile, Eastern Conference top seeds the Milwaukee Bucks bowed out of the playoffs following a 103-94 loss to the Miami Heat.

Without reigning MVP Giannis Antetokounmpo due to an ankle sprain, the Bucks were eliminated by the fifth-seeded Heat in the second round after suffering a 4-1 series defeat.

The Heat are through to the Eastern Conference finals for the first time since 2014.

It was a vintage performance from Rajon Rondo. The Lakers veteran was eight of 11 from the field and three of five from three-point range for 21 points off the bench.

Jimmy Butler put up 17 points and 10 rebounds as the Heat advanced.

It was a tough outing for Milwaukee's Eric Bledsoe. In 36 minutes of action, he made just two of his 12 field shots and was one of four from beyond the arc for nine points.

Eric Gordon had 10 points but on two-of-nine shooting from the field, while he converted just two of six three-point attempts.

The Boston Celtics can secure their spot in the Eastern Conference finals by beating defending champions the Toronto Raptors in Game 6 on Wednesday. They lead 3-2.