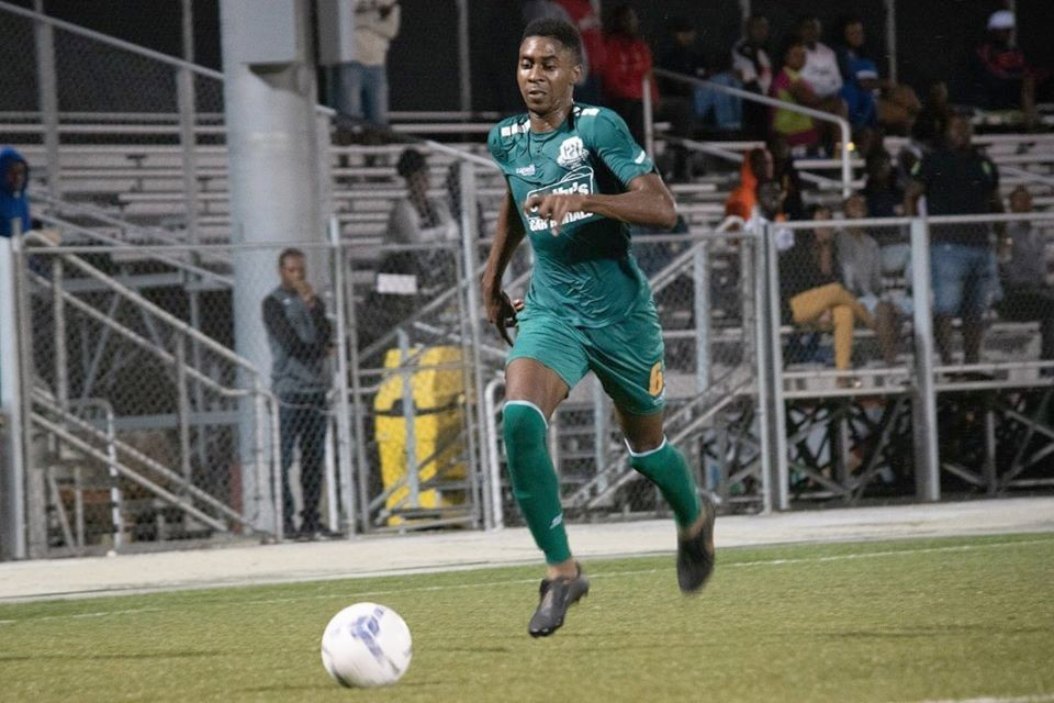 The 2018 champions fell to Scotty’s Car Rental St Andrew Lions 2-1; their first victory of the season.

Related article :Wales extend lead at the top of the premier league

It was a surprised result, as Wales raced to an early two-goal lead and looking in full control of the encounter.

Wales sent early warning signs with efforts from Kemar Headley and Ray Snagg which came close to an opening goal.

The early pressure paid off for the Carrington Village outfit in the 6th minute as Snagg slotted home from close range, his fifth goal in four matches.

Four minutes later the lead was doubled as national midfielder Hadan Holligan found Romario Harewood who made a brilliant midfield run, went around goalkeeper Donte Hinds and slotted into the empty goal.

Wales’ comfort became complacency and the Lions found their way back into the game in the 40th minute, when Shamar Edwards got ahead of his marker to guide his header precisely into the top left hand corner from eight yards out.

With central defensive leader Ramar Millar substituted due to a collision with Edwards, Wales appeared vulnerable and this was evident in the 49th minute when Edwards scored his second goal of the evening to level the score 2-2.

Wales woes were compounded when Mario Williams was sent off by referee Norman Greaves for something he said while protesting the goal.

When a draw seemed imminent, the Lions snatched all three points in the 80th minute when Vincentian international Emerald George drilled his effort to the roof of the net from six yards, following an inch-perfect cross from the right.

Wales had goalkeeper Liam Brathwaite expelled in the 90th minute for a reckless challenge on Zico Greaves.

Wales extend lead at the top of the premier league