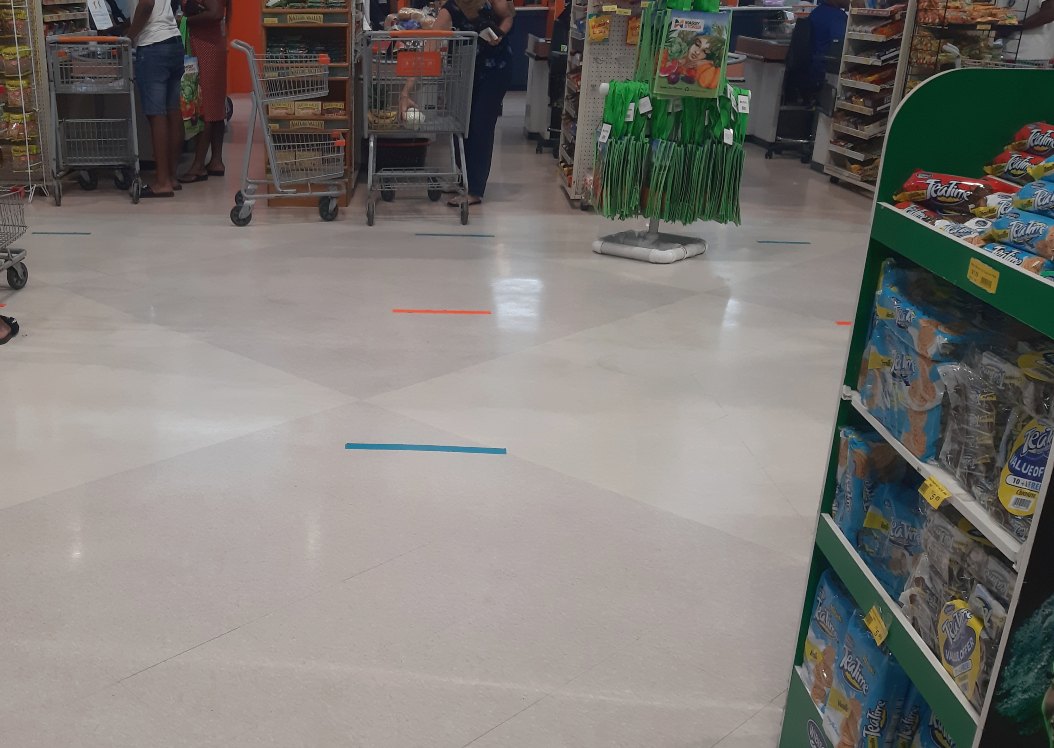 With Barbados now at Stage 2 of its COVID-19 response and management system, changes are being implemented at a number of supermarkets across the island.

On March 17, it was announced by Health Minister, Col. Jeffrey Bostic that Barbados has its first two confirmed cases of the coronavirus. Since then, the number has increased to 14 as of March 21 (6pm).

Related article :COVID-19: With person-to-person transmissions, Barbados is at Stage 2

Some businesses places had already been taking precautions such as disinfecting frequently-used surfaces, as well as offering customers hand-sanitizer when they enter.

Those precautions were ramped up significantly on Sunday at two supermarkets - Popular Discounts Supermarket in Kendall Hill and Spooner’s Hill, as well as at Massy Stores in Oistins and Warrens.

Part of the National Preparedness Plan for COVID-19 now requires that no more than 25 people be gathered in any space and this was enforced when both retailers opened on Sunday morning.

Long lines stretched outside both branches of Popular Discounts while the lines over at Massy in Warrens were flowing smoothly. Shoppers were only allowed in after a group of people exited the supermarket in an effort to keep the numbers inside at 25 people.

At Massy, shoppers were required to have their hands sprayed with an alcohol-based solution before entering the store. In addition, trolleys were disinfected after each customer use.

At Popular Discounts, cashiers were disinfecting the conveyor belt after checking out each customer. 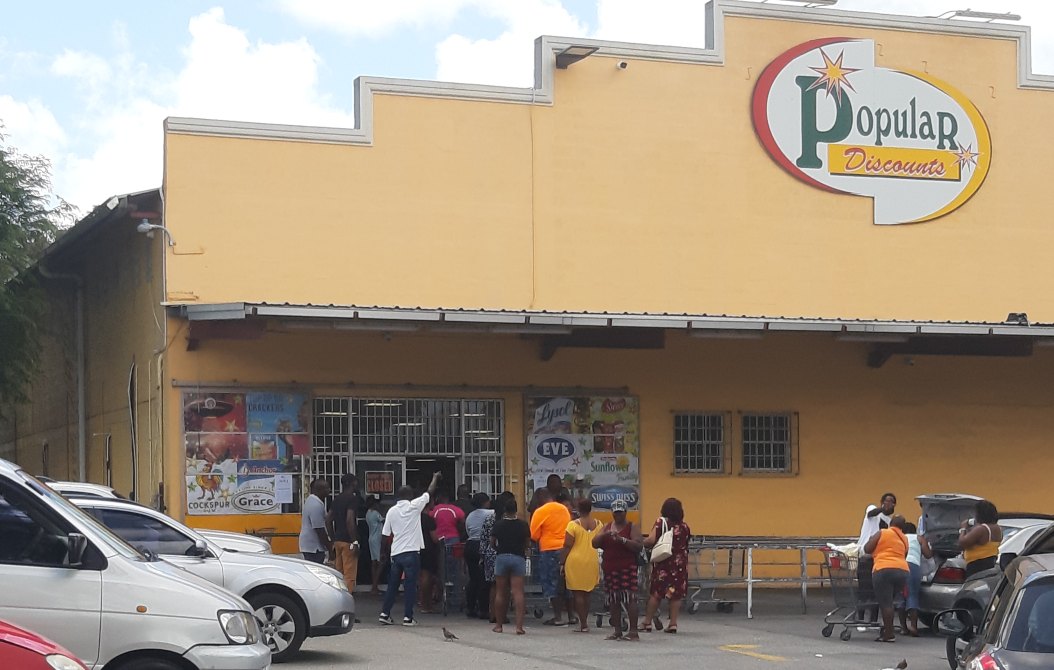 COVID-19: With person-to-person transmissions, Barbados is at Stage 2