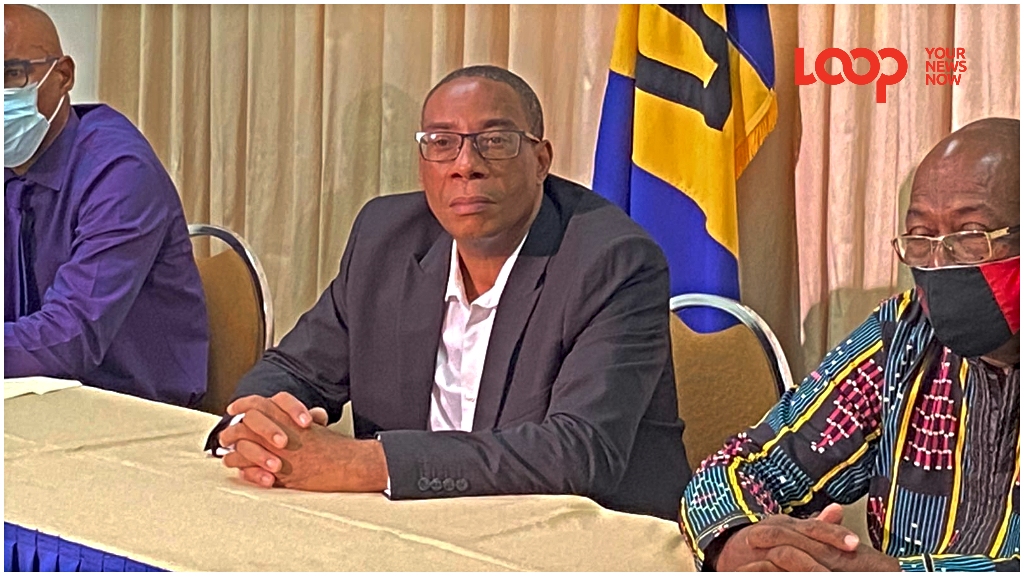 After an onslaught of protests three months ago, Government is making another step closer to the Republic of Barbados having set a date for the removal of the Lord Nelson statue.

The more than 200-year-old structure located in the National Heroes Square, Bridgetown, formerly known as Trafalgar Square, will be moved to a temporary storage site at Block A, The Garrison before being returned to public display on the compound of the Barbados Museum and Historical Society at the Garrison, St Michael.

The statute will be removed on November 16 - the International Day of Tolerance. The removal is estimated to cost close to BBD $20,000.

Minister in the Prime Minister’s Office responsible for Culture, John King made the announcement this afternoon (October 23) during a press conference at the Garfield Sobers Gymnasium. He said that the removal and relocation ceremony of the statute will be streamed live at 4pm on the day.

The Minister responsible for Culture said this decision was on par with Government’s moves to promote a “national identity”.

Since the Throne Speech which spoke to Barbados seeking Republic status before November 30, 2021, there has been little talk from the current administration on the topic, but today King added:

“As we amend the Constitution to have a Barbadian Head of State, and as a symbol of the maturity of our democracy, it is imperative that we re-examine notable elements of our colonial past. Cabinet’s decision to remove the statute is part of this process as we seek to promote national identity as part of a modern Barbados,” King said.

Denny calls move to the Republic of Barbados 'progressive'