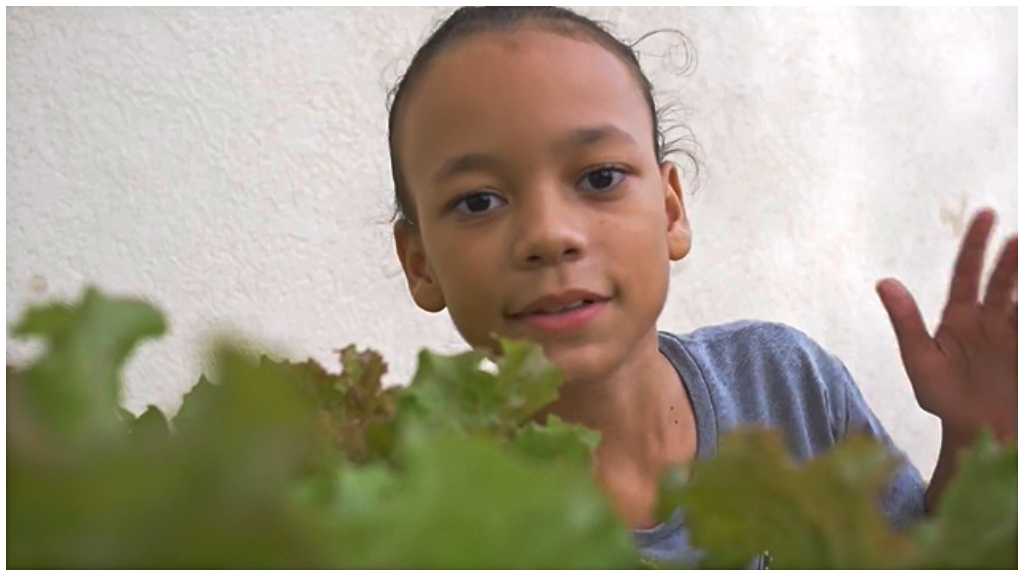 After witnessing a passenger in a neighbouring car throw a bottle out of the window, Maria Marshall knew she had to find a way to help protect the environment of Barbados.

While speaking with Goodwill Ambassador and British actor Orlando Bloom in an interview for the Voices of Youth, UNICEF campaign, Maria expressed her disappointment with the passenger. She could not comprehend how persons did not dispose of their garbage properly and schemed up a way to help eradicate this issue. She believes that Barbados is a beautiful island and she wants to keep it as beautiful for as long as she can.

So Maria decided that she would create a YouTube channel 'Little Thoughts on Big Matters'. Here she shows children and adults her ideas of ways to save the environment and she also allows them to express their ideas on how to make the world a better place.

With her video posted only one week ago, Maria has already gathered 1.1k subscribers on her channel. In the video, she educates her viewers on using reusable bags instead of plastic bags when shopping at the supermarket. She also advocates for recycling glass bottles.

“Reduce, reuse, recycle and repair” is her motto.

This video led Maria then to become the youngest award-winning filmmaker in Barbados. She is the UNDP SIFF 2019 (Small Island Future Fest 2019) video winner, 2019 NIFCA (National Independence Festival of Creative Arts) Award Winning video with the simple message of Reduce Reuse Recycle and Repair. Bloom told her in his UNICEF Voices of the Youth Interview that he was excited to be talking the youngest award-winning filmmaker, and she said: “I feel very proud of myself that I have achieved that award at such a young age,” says the joyful eleven-year-old.

She explained to Bloom how COVID-19 is hindering her channel as she works to balance production, school and other areas of her life. Additionally, Maria mentioned that she cannot necessarily recycle as much as before since she now has to be cautious of catching the virus. Not to mention, she is isn’t able to socialise with persons to give them tips on how to recycle and to receive tips from them. However, she is still encouraging everyone to share with her so that she can share with others. “It’s like a cycle going on,” she says.

“If you were in charge of the United Nations, what would you change?” asked Bloom”.

This is her one message to young people in Barbados.