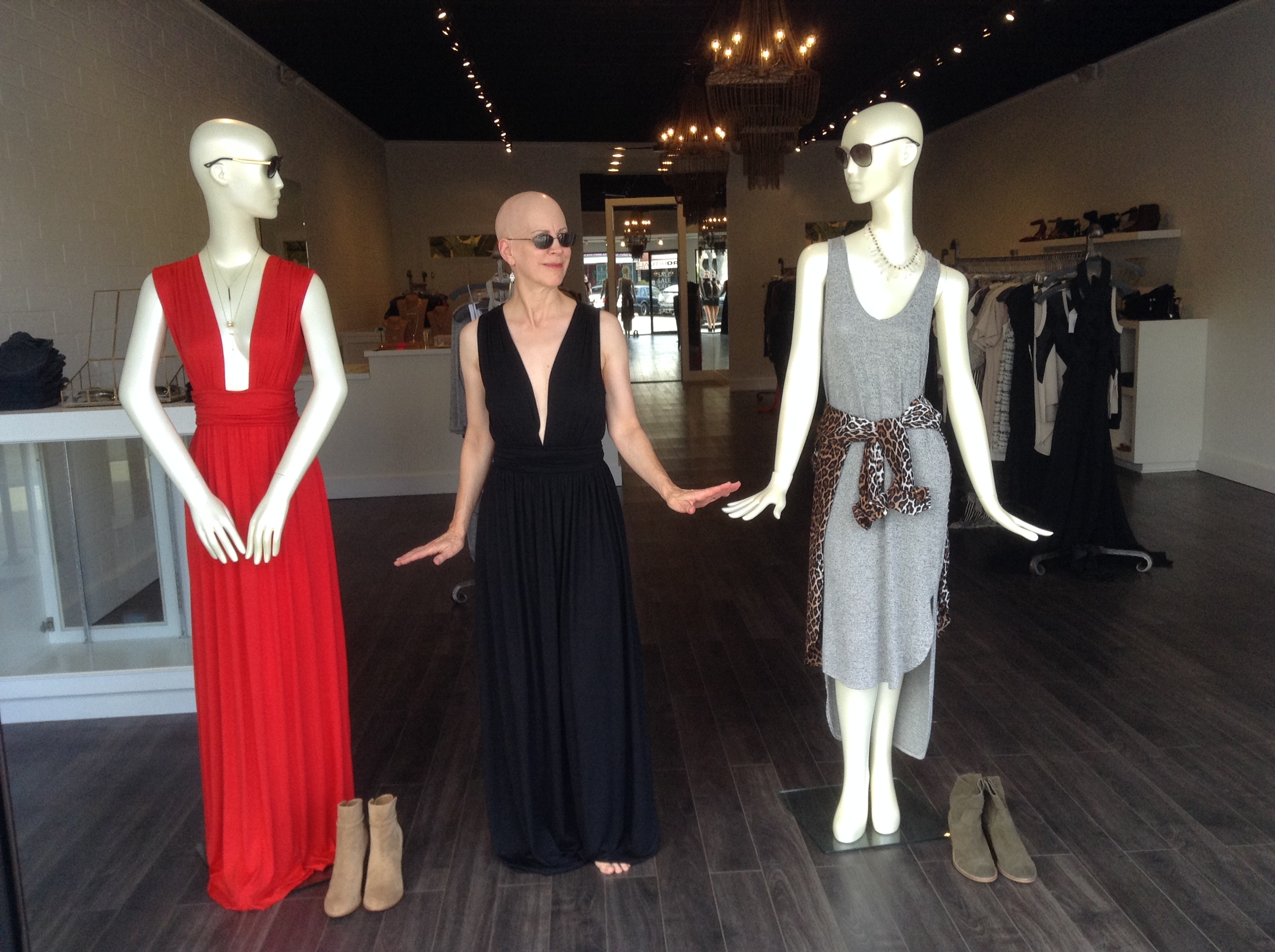 Alopecia Areata Awareness Month was not enough for her.

"In 2010, I began to think about ways to help and support people with Alopecia, and also to raise awareness about the disorder.  I came up with the idea for an annual holiday that could be celebrated all around the world, and International Alopecia Day (“IAD”) was born.  On the first Saturday of August each year, women, men and children with Alopecia have parties and other events and take photos of themselves.  I assemble the photos of anyone who wants to be in it into an annual YouTube video that shows the world how beautiful we are, and shows us that we’re not alone."

Diagnosed back in 1999 after she noticed a small bald area, at that point in time she had no idea what Alopecia was and that it even existed.

“At that time, there were no Alopecia support groups on the Internet, and I felt very alone and confused.  But, the fact that there were no online support groups full of people’s photos meant that I also didn’t realize that I might someday be bald.  I assumed I’d just have occasional bald spots that would be hidden by my hair.  That’s the way it was for me for 7 years, but in 2007 my hair loss began to increase, and I lost all my hair in early 2008.  It was devastating.”

“The first International Alopecia Day was celebrated in 2010, and I just completed the 7th annual IAD video.  This year, 208 people from 32 countries sent in photos for the video project – the highest number so far…

“In 2013, I started another video series called “The Bald Mannequin Project”, designed to raise public awareness and also as a way for bald Alopecians to have fun with their look.  The idea is that if fake bald people are used in shops everywhere, why shouldn’t REAL bald people be seen as fashionable and attractive, as well? People pose with bald mannequins in shops and send me the photos to be included in a video.  It’s a lot of fun and the message is clear:  we’re here, we’re bald, and we’re beautiful!  Whenever I have enough new photos, I create a new video, and there have been five so far.”

And in terms of the global level of awareness, Mary said, “I think that the level of awareness of Alopecia Areata globally is very low.  From my experiences in the United States and other countries, and from comments by people who belong to my support group on Facebook, it seems that most people have never heard of it.  In the U.S., I'm often asked if I have cancer. Therefore, one of my goals with IAD is to change this.”