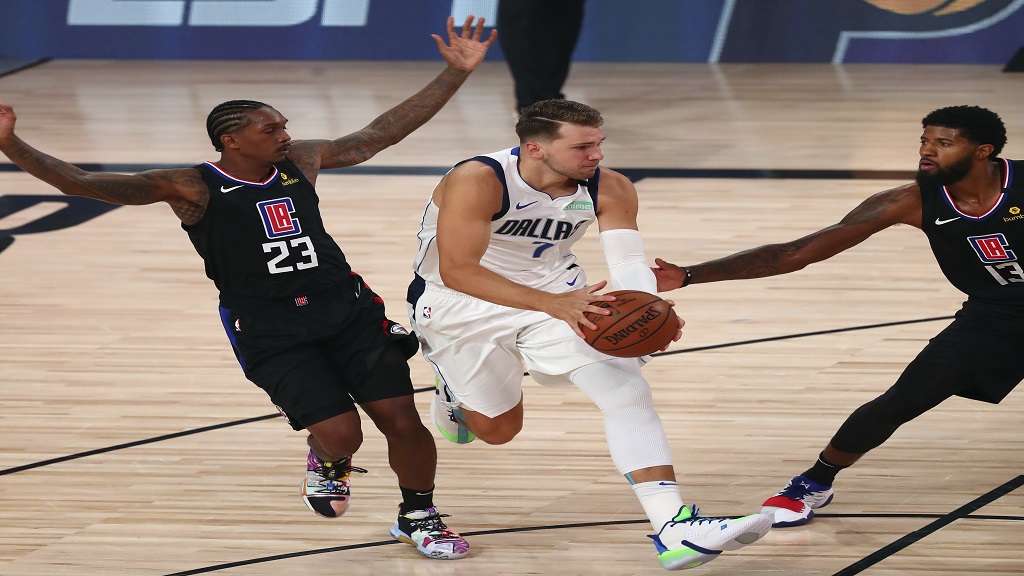 The Dallas Mavericks levelled their Western Conference first-round series after defeating the Los Angeles Clippers 127-114 in the NBA playoffs.

Luka Doncic starred as the Mavericks bounced back against Kawhi Leonard's Clippers in Game 2 at Walt Disney World Resort on Wednesday.

Game 3 between the Mavericks and Clippers is on Friday.

The Boston Celtics, meanwhile, took a commanding 2-0 lead in the Eastern Conference first-round matchup after beating the Philadelphia 76ers 128-101.

Jayson Tatum led the way again with a career playoff-high 33 points to fuel Boston against rivals Philadelphia in Game 2.

The 76ers stormed out of the blocks, taking a 14-point lead early in the first quarter before the Celtics overpowered their opponents – Kemba Walker adding 22 points to go with Jaylen Brown's 20.

Joel Embiid's 34 points and 10 rebounds were not enough for the 76ers, who are under pressure as they fight to avoid an early exit.

The Celtics and 76ers will meet again on Friday in Game 3.

Fred VanVleet impressed again as defending champions the Toronto Raptors earned a 2-0 lead over the Brooklyn Nets with a 104-99 victory. VanVleet had a double-double of 24 points and 10 assists in the first-round Eastern Conference clash. Norman Powell scored 24 points off the bench, while Kyle Lowry posted 21 points and nine rebounds.

After a playoff-record 57 points in Game 1, Donovan Mitchell registered 30 points and the Utah Jazz topped the Denver Nuggets 124-105 to level the series. Mitchell was big in the third quarter, scoring 21 of his 30 points to take down the Nuggets. Jazz team-mate Jordan Clarkson finished with a career playoff-best 26 points.

Nikola Jokic's double-double of 28 points and 11 rebounds were not enough for the Nuggets, who also had 28 points from rookie Michael Porter Jr.

Al Horford and his move to the 76es has not paid off, and the former Celtics star struggled again. Back on the bench, Horford scored just four points in 23 minutes, while collecting two rebounds.

The player who started in his place, Matisse Thybulle, managed only two points in 25 minutes of action. Alec Burks was one of eight from the field and missed both of his three-point attempts.

While the Raptors won, Marc Gasol was scoreless through 17 minutes of court time. He also had three turnovers.

The Portland Trail Blazers can take a 2-0 lead in the Western Conference first-round matchup when they meet the Los Angeles Lakers on Thursday.