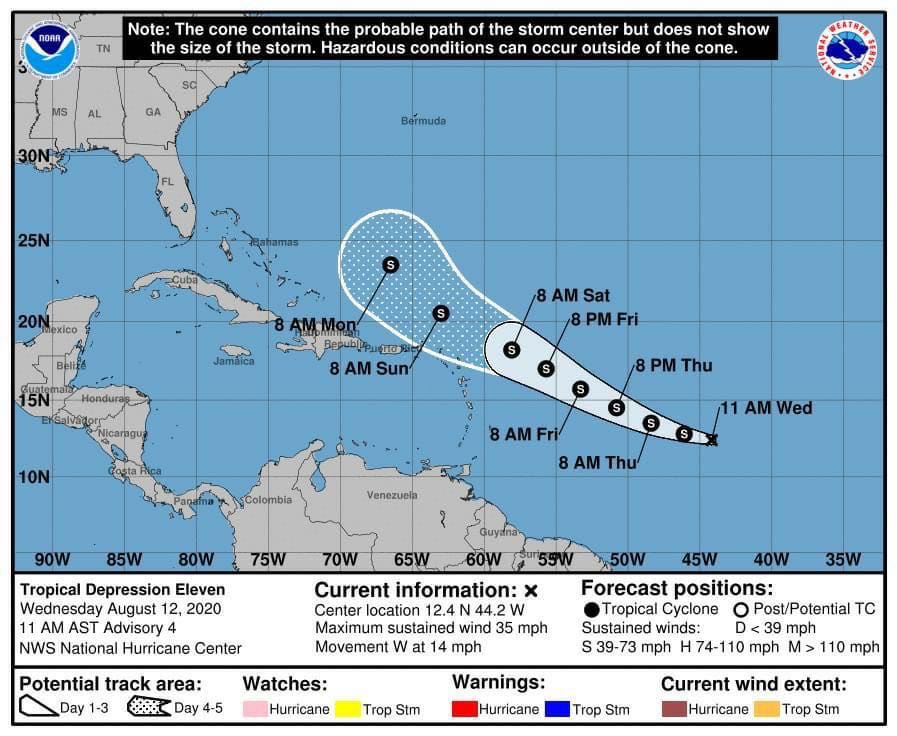 The weather system is expected to strengthen into a tropical storm by tonight (August 12) as the dry air entrainment and wind shear is forecast to diminish enough to allow the system to get better organized.

On its current forecast track, the system should pass well north of Barbados on Saturday August 15, 2020.

Southeasterly wind shear along with dry air to the east and southeast of the system continued to hinder any further intensification over the past 12 hours. This has resulted in the occasional weakening of deep convection over the eastern and southeastern sections of the depression.

By Friday, southwesterly wind shear is expected to significantly impact the system structure resulting in weakening as it nears the northern Leewards.