Michigan family of 5 killed in wrong-way crash in Kentucky 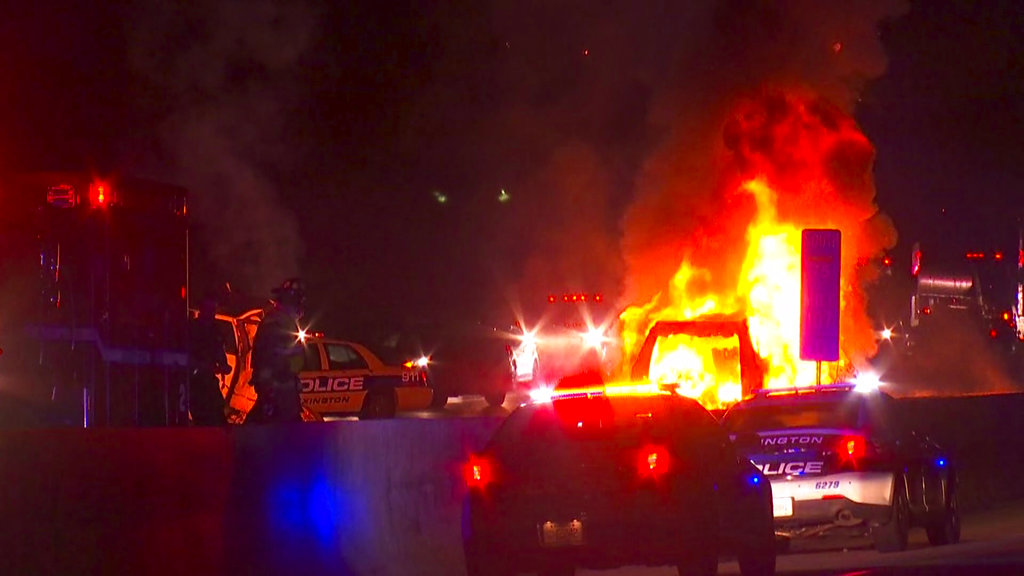 The southbound pickup truck being driven in the northbound lanes struck the family's sport utility vehicle at 2:30 a.m. in Lexington. The SUV caught fire and all five occupants of that vehicle died, along with the pickup's driver, Lexington police said in a statement.

The family from Northville, Michigan, was returning from a vacation in Florida, the Fayette County coroner's office said.

Witness Kenneth DeGraaf told WLEX-TV the pickup truck was coming toward him prior to the fiery crash.

A coroner's statement identified the family members as Issam Abbas, 42 and Rima Abbas, 38, along with their children, a boy Ali Abbas, 14; and girls Isabella Abbas, 13, and Giselle Abbas, 7.

The driver of the white pickup was identified as 41-year-old Joey Lee Bailey of Georgetown. The coroner's statement says authorities believe Bailey was driving under the influence and that toxicology tests were planned. The interstate was shut for hours as the accident investigation opened.

According to the Islamic Center of America of Dearborn, Michigan, funeral services for the family are set for Tuesday at the center.

Local media reported in Michigan that the death of the family has devastated relatives and friends.

Habib Abbas of Dearborn, who identified himself as a cousin of the father, told The Detroit News that when he first heard about the crash he didn't believe it and went about his day.

"I thought it was a rumor or something and then saw it again and called her sister. She and the family are even more in denial," Abbas told the newspaper.

He added that Issam Abbas was a lawyer and that Rima Abbas was a doctor and devoted mother to their children. He said the extended family was close and that his cousin led a "beautiful life."

"You don't expect a whole family to get wiped out," he said. "You think to yourself 'What's the worst case scenario?' and that's it."

It was the second crash in three days involving multiple deaths on Interstate 75, a bustling north-south corridor crossing the nation's midsection from South Florida to the U.S. border with Canada. Near Gainesville, Florida, an accident Thursday on a relatively flat stretch of the interstate that started between two tractor-trailers killed seven people, including five children on a trip to Walt Disney World in a church van from Louisiana. The truck drivers also were killed and at least eight others were injured.

The Latest: 5 children among 7 dead in Florida highway crash