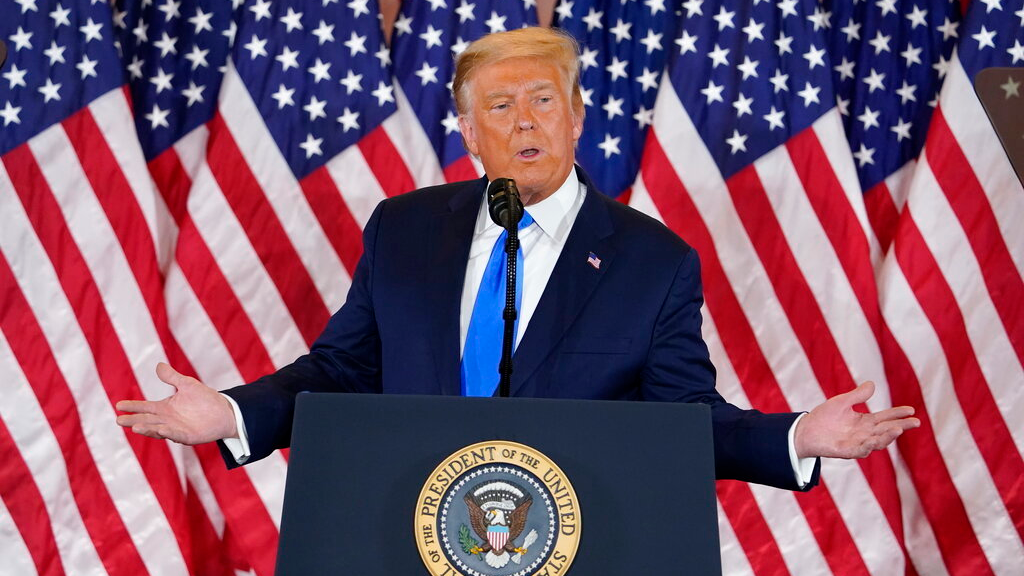 President Donald Trump did not ask Michigan Republican lawmakers to “break the law” or “interfere” with the election during a meeting at the White House, a legislative leader said Sunday, a day before canvassers plan to meet about whether to certify Joe Biden's 154,000-vote victory in the battleground state.

Michigan House Speaker Lee Chatfield was among seven Republican legislators who met with Trump for about an hour on Friday, amid his longshot efforts to block Biden's win.

He did not elaborate on what was discussed, except to say the delegation asked for additional federal aid to help Michigan's coronavirus response.

Michigan’s elections agency has recommended that the November 3 results — including Biden's 2.8-percentage point victory — be certified by the Board of State Canvassers, which has two Democrats and two Republicans. The Republican National Committee and the state Republican Party want the board to adjourn for 14 days to investigate alleged irregularities in Wayne County, the state's largest and home to Detroit.

If the board does not confirm the results and the Michigan Supreme Court does not subsequently order it to do so, Chatfield said: “now we have a constitutional crisis.” He and other Republicans, however, have indicated that they would not undermine the voters' will.

“Michigan election law clearly requires that the state’s electors must be those nominated by the party that received the most votes — not the Legislature,” says a stock email House Republicans are sending in response to people who contact their offices.

There is no evidence of widespread fraud in the 2020 election. In fact, election officials from both political parties have stated publicly that the election went well and international observers confirmed that there were no serious irregularities.

The issues Trump’s campaign and its allies have pointed to are typical in every election.

Republican US Representative Fred Upton, Michigan's current longest-serving member of Congress, told CNN on Sunday that “the voters spoke" and the state had no razor-thin presidential race.

“No one has come up with any evidence of fraud or abuse,” he said. He called the request to delay the certification “out of bounds.”