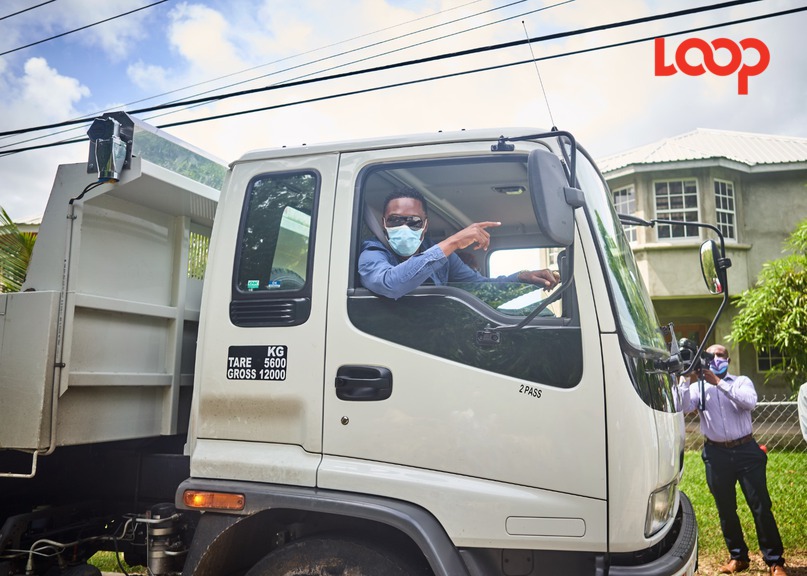 Government will be taking a "zero tolerance" policy to illegal dumpers.

Minister of the Environment and National Beautification, Adrian Forde declared that his ministry will not be softhearted and forgive offenders of illicit and illegal dumping on the island. While speaking at the launch of the Clean and Green Campaign in Flat Rock, St George on Monday, Forde stated that he will leave dumpers to the lawcourts.

"It is my determination as Minister of Environment and National Beautification to prevent this illegal dumping and to stop the scourge of illegal dumping as we know it. I am saying to entire Barbados, gone are the days where I will be telling persons to come and clean up after they dump illegally. I am not into the business of forgiving, that is what the church is there for. If there are involved in the activities of illegal and illicit dumping I believe and I am sure this is the belief of the entire Government that they should face the law courts. That is as simple as it gets from me."

The Minister of Environment revealed that in the upcoming months, the National Conservation Commission (NCC) and the Sanitation Services Authority (SSA) will collaborate to clean and beautify spaces across Barbados. He curtailed that the initiative also needed the support of the community to ensure that Barbados clean and healthy society.

Forde reiterated that offenders caught at dumping hotspots will not be getting a slap on the wrist. He disclosed that his Ministry will be installing cameras at waste disposal sites to catch illegal dumpers in the act.

"Illegal dumping I will not be tolerated under my watch after we worked assiduously to clean and beautify those areas. Those persons who believe they have some flippant gene in their body, walking around saying they can destroy our eco-system and our biodiversity, I am saying your days are numbered because we are going to put cameras and when those culprits are caught I am going to ensure that police, the court and the legal systems do their job," the Minister of Environment maintained.

Forde also revealed that "community refuse hubs" were going to be established in specific areas across the island, where persons can dispose of their garbage instead of using the "inaesthetic-looking skips".

He detailed that the Clean and Green campaign was one of Government's pivotal steps towards achieving a carbon-neutral environment by 2030.