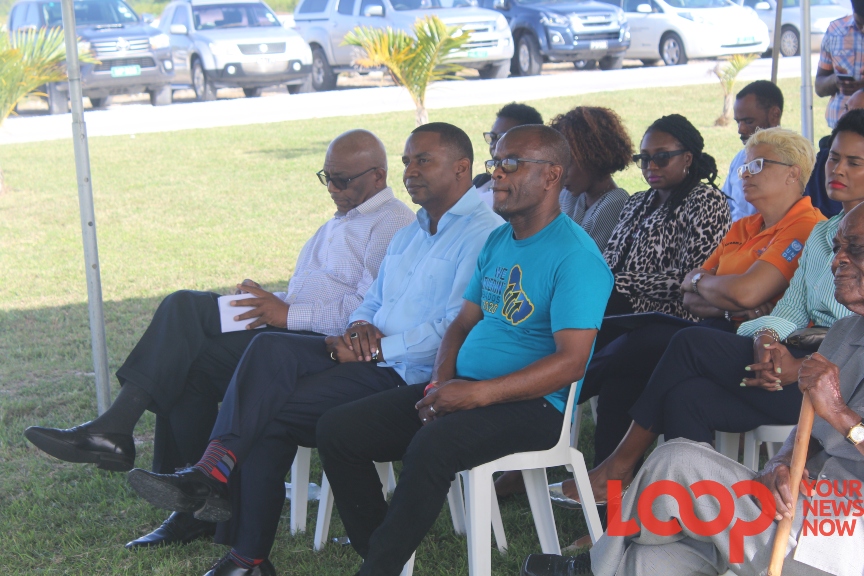 Barbadians have to change their water usage habits.

Once more, this was the declaration of Minister of Energy and Water Resources Wilfred Abrahams when speaking to members of the media. It came on the heels of yet another forecast for drought this year. However, Minister Abrahams pointed out that the Barbados Water Authority (BWA) is committed in its efforts to mitigate the effects of the drought this time around.

Rehashing the situation that the BWA has been facing since last year, he said that they are not sitting idly by as water levels in the wells and aquifers drop.

“By the end of November/December our aquifers should be at their peak, so when in that time you have almost record low levels then you know you are in for a very rough time. We are trying our best to balance it. We had an extended-hours programme where we were looking to identify as many of the burst pipes in Barbados and get them fixed.”

However, the Minister said at the same time some Barbadians are frustrating the process and work to preserve water.

Previously, when he addressed students at the Blackman and Gollop Primary School after a Ministry competition last year, he even tried to rope in children as advocates to help their parents curb these bad habits.

In his statement recently, Minister Abrahams stressed again that the effort must be a collective one. “It can’t just be the [Barbados] Water Authority trying to fix pipes and mitigate their losses, but it also requires a change in the approach by Barbadians as to how we consume what is perhaps our most precious resource.”

He expressed his satisfaction in the progress the BWA has made over the past months. “We have increased our PR [public relations]. We try to advise people when there will be difficulties.”

There was a promise of a major announcement shortly. This he said would address the government’s policy on water tanks and facilities that the BWA would be putting in place to assist persons desirous of owning one. He stressed that the BWA is currently doing all it could in exploring ways of becoming more efficient but reiterated that Barbadian users still had to play their part.