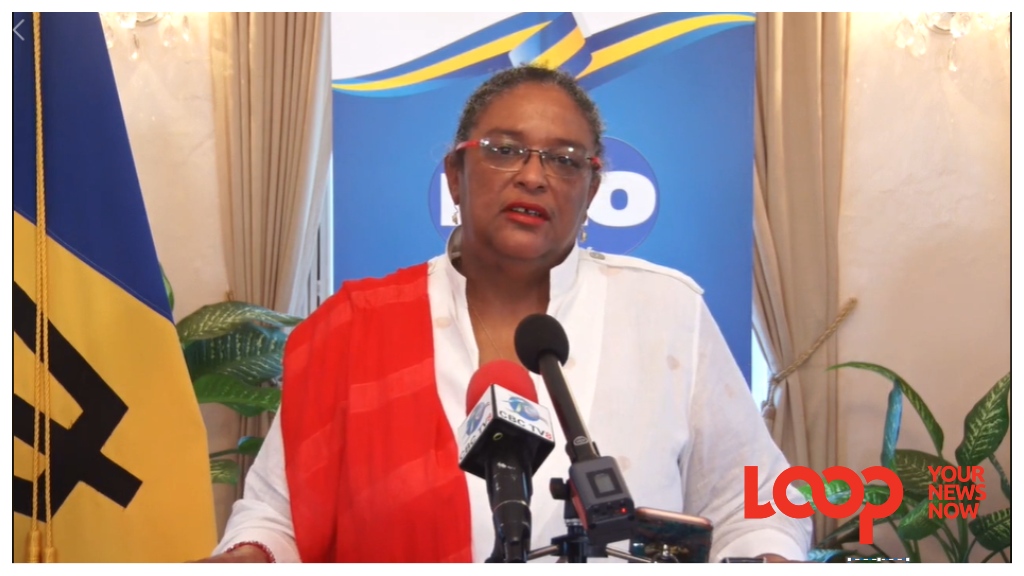 Prime Minister Mia Amor Mottley has joined the call for debt relief to be extended beyond the poorest countries to middle-income countries.

Speaking at the virtual launch of the 'Debt Relief for Green Recovery' Report, Mottley stated that middle-income countries were making sacrifices every day in choosing sustainability and resilience over the cheap and easy and suggested that global support and cooperation were needed.

“Most of the world decries global warming, but too many slink away when it comes to making their sacrifices . . . . The promise that was made to the developing world to back the Paris Agreement, that mechanism remains empty and toothless. We cannot do this as middle-income small island states on our own," said the Prime Minister.

“We, therefore, join the call today for debt relief to be extended, beyond the public to the private sector and beyond the poorest to middle-income countries, highly vulnerable to pandemics and to the climate crisis. And we urge the incorporation of objective, international measures of vulnerability to be included in the assessment criteria of who is eligible," she continued.

Mottley noted that some of these same countries were placed on a blacklist for not conforming to rules which were invented with “dubious criteria”, which some rich countries did not necessarily apply to themselves.

“Can you imagine that in Barbados, a country with exchange controls, a country that poses zero threat to international finance, that our leaders must take time out of dealing with COVID, unemployment, . . . or preparing for the next hurricane season to explain why there is no fundamental basis for Barbados to be on a money-laundering blacklist today, a flawed list, arbitrarily and illegally composed and picking up a number of countries across the Caribbean, across the Pacific and across Africa.

“It is well accepted that most money laundering in the world takes place in countries that are not even on the list that has been published,” she stated.

The Prime Minister went on to suggest that more development bank finance was needed. She said Barbados was doing much to help itself, including employing innovative finance.

“But we still need greater innovation from the development banks. This moment of great uncertainty about the timing of a recovery, that is itself fairly certain if not in shape, is ripe for financial innovation. We need instruments that are better aligned to economic outcomes, that, for instance, have a greater element of equity and also do not overwhelm fragile balance sheets, like versions of the GDP-linked bonds . . . . The development banks we believe are best placed to develop these new markets,” she recommended.

PM Mottley writes to German Chancellor and EU on blacklisting