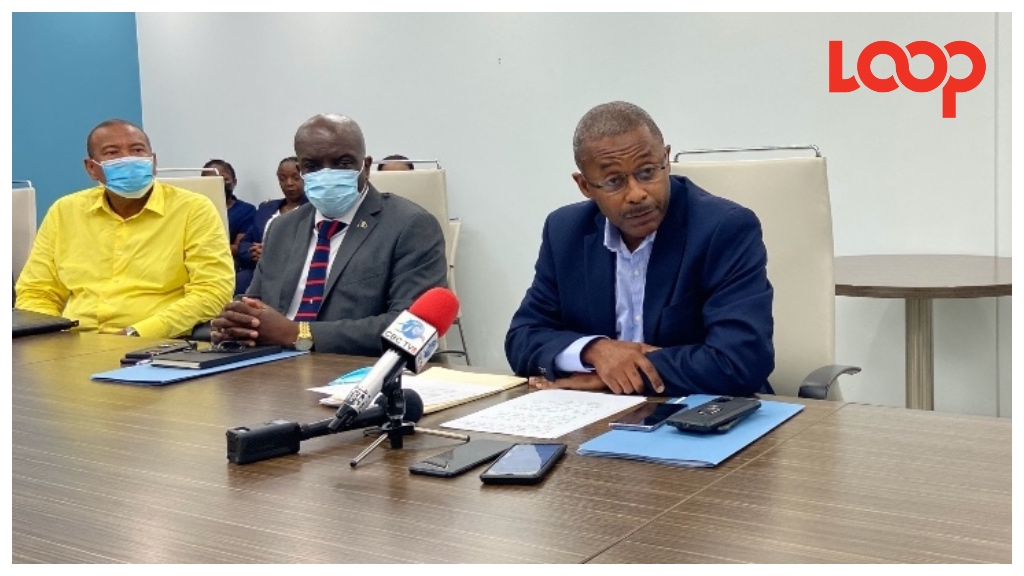 (From left) chairman of the Transport Authority Board, Adrian Grant; Minister in the Ministry of Water Resources, Charles Griffith and Minister of Transport, Ian Gooding-Edghill.

Adrian Grant has been appointed the chairman of the Transport Authority Board.

"I am requiring the Board to bring to realisation my goal of moving public transport from the margins of public attention and operations where it has existed for way too long.

The Board will have to reposition and evaluate public transport to a far higher level of appreciation as a major factor in our national, social, and economic life, " remarked Gooding-Edghill.

He pinpointed that public transport is a major contribution to national activity and indicated that the Board will put the public transportation sector on the same level of importance as education and health. The Minister of Transport stated he had complete confidence in the ability of the newly appointed Board to revolutionise public transport in Barbados.

"Public transport is about to change gears and refashion its routes of passage under a new Transport Authority Board. The Board being put in a state of readiness to play a decisive role in putting this sector on the route never yet travelled of such an institution in Barbados."

Transport Board keeps its promise of routine checks for new fleet