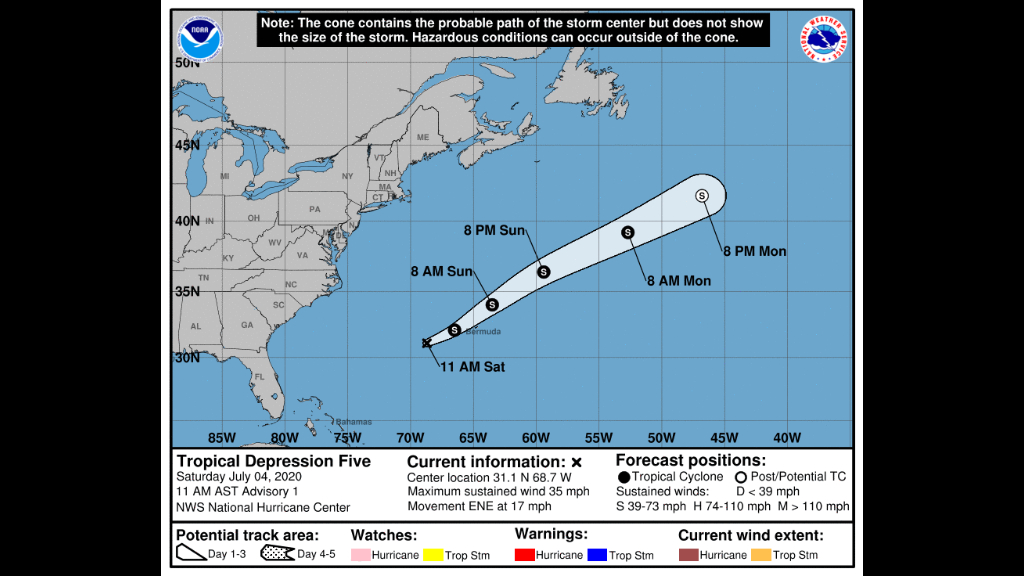 According to the US National Hurricane Centre’s (NHC) 11 am update, TD5 was over the Western Atlantic Ocean, about 245 miles (390 km) west-southwest of Bermuda.

“A faster east-north-eastward motion is expected by tonight, followed by further acceleration on Sunday. On the forecast track, the centre of the depression will move near or just northwest and north of Bermuda tonight and early Sunday,” NHC said. 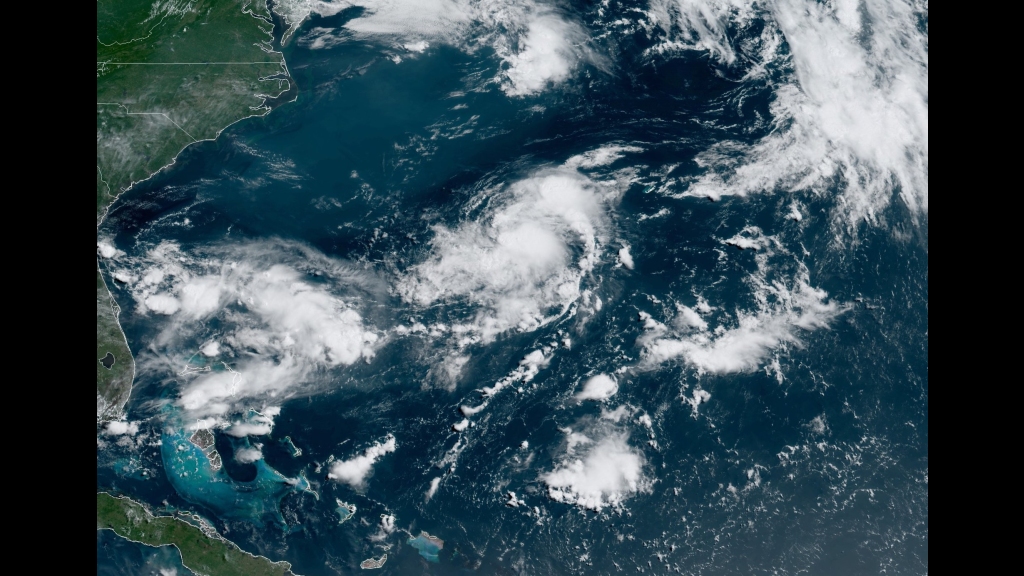 The system could intensify to become Tropical Storm Edouard

The Bermuda Weather Service has issued a Gale Warning.

The depression is also expected to produce total rain accumulations of less than one inch, with possible isolated maximum amounts of four inches, in and around Bermuda.