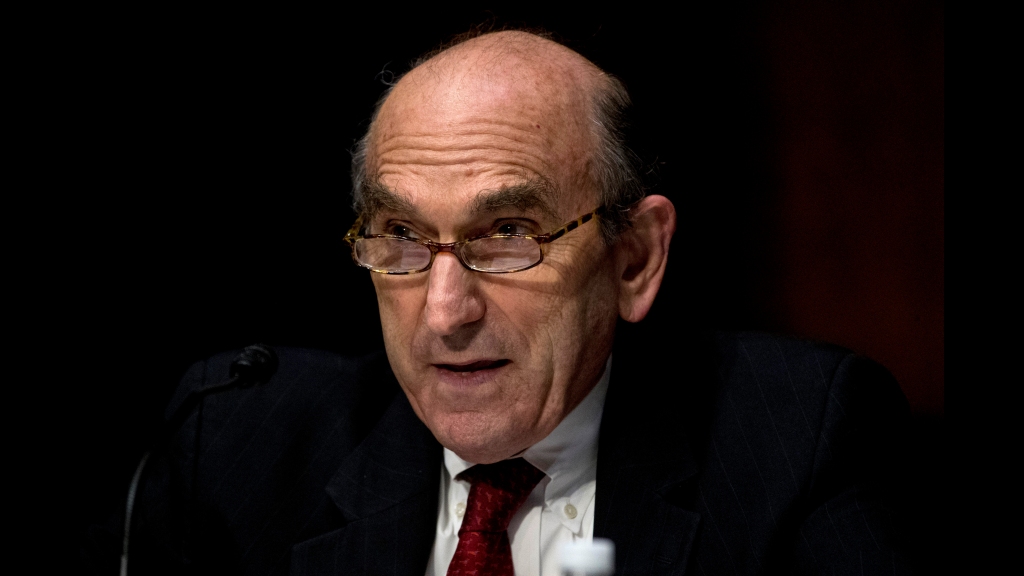 The State Department's top official on Venezuela said Tuesday that the Trump administration will continue recognizing lawmaker Juan Guaidó as the nation's interim president even if President Nicolás Maduro's government ousts the opposition from control of congress — its last major stronghold.

"He will not change the legal status for many countries around the world — and especially for us," Trump's special representative to Venezuela, Elliott Abrams told the US Senate's Committee on Foreign Relations in a hearing on Venezuela Tuesday.

Maduro's government has set a December 6 election to renew the National Assembly.

As the body's leader, Guaidó last year claimed the nation's presidency, arguing that Maduro's reelection had been fraudulent, in part because top opposition figures had been banned.

Guaidó and more than two dozen opposition parties recently announced they will boycott the vote, saying Maduro's government has already manipulated the process, in part by imposing new leaders on the key parties allowed to take part, making the upcoming election a "fraud." Their elected term will end in the first week of January.

"In our view the constitutional president of Venezuela today and after January 5, 2021 is Juan Guaidó," Abrams said.

The US is among more than 50 nations that have recognized Guaidó as interim leader, saying the nation's presidency is vacant because Maduro's rule is illegitimate.

However, 18 months later, Maduro remains in control of the nation with backing from key international allies like Russia, China, Cuba and Iran.

He also has backing from Venezuela's military.

US lawmakers gave scathing criticism of how the U.S. handled efforts to help Venezuela cast off Maduro's authoritative government and return the once-wealthy oil nation to democratic rule.

"Our Venezuela policy over the last year and a half has been an unmitigated disaster," said Senator Chris Murphy, a Democrat from Connecticut.

"If we aren't honest about that, then we can't self-correct."

Murphy said the rushed US policy has allowed Maduro to label Guaidó an "American patsy" while hardening Russian and Cuban backing of Maduro.

An estimated 5 million Venezuelans have fled shortages of gasoline, food and a broken healthcare system that is showing signs of buckling as the new coronavirus surges.

Venezuelan extradited from T&T sentenced in US for smuggling cocaine

US tries to seize Iranian gas heading toward Venezuela