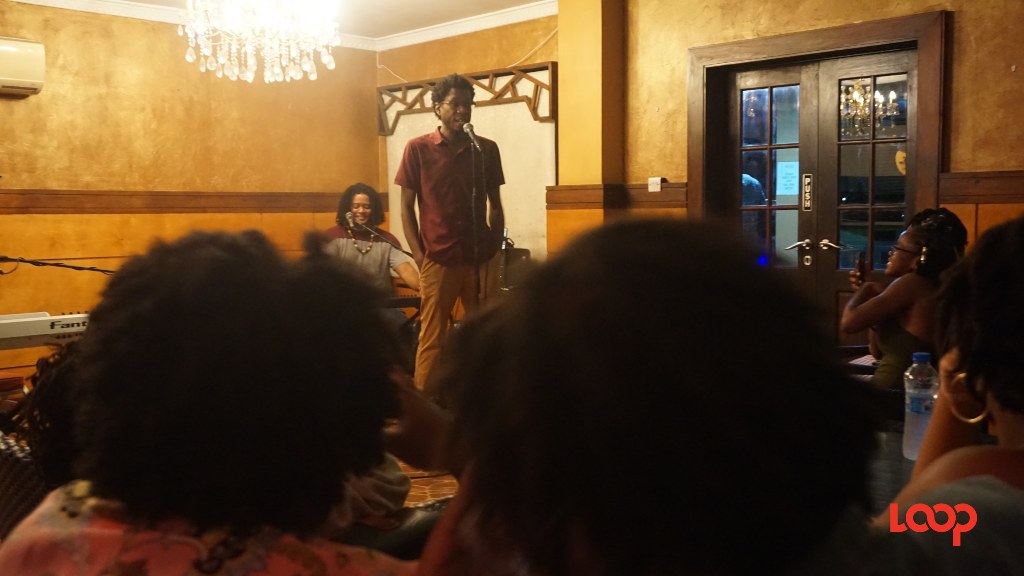 The live entertainment has slowly been returning to Barbados' events scene over the last few months.

Oh My Word! (#OMW), held at the Happitude Bar in Top Rock Christ Church, is yet another welcomed addition.

Local rappers RhyMinister and Sunrokk, along with musician and singer Wesu Wallace put on an open mic show like no other.

The trio used their freestyle skills to create songs on the fly and enchanting the crowds with their lexicon of words. They held a show that had to be seen to be believed.

Rhyminister spoke to Loop News about how their group thought it was the right time to come back with a show like this.

"I think it was time to do it. I was doing the online open mic, and people were constantly asking about it. So when I spoke to the team, we felt it was the right time to start back. We plan to do it every two weeks, and the idea is to constantly bring talent to people," RhyMinister said.

Many of the patrons were excited by the show's fun-loving atmosphere, which is something that RhyMinister says he and the rest of the team try to focus on bringing to the fore with the biweekly event.

He also explained how he dealt with the stresses of the COVID-19 lockdown.

"I try to focus on having fun because I tend to do a lot of thinking and overthinking can really counter that. COVID was good to me because I was able to process things at a rate that I like to and life wasn't going as quickly as it would normally go so it was great for me. So I slowed down, meditated, exercised, and joined a book club," RhyMinister said.

The night's headliner was the talented singer Larix, who brought an amazing mix of soul foul sounds and vibes to the evening.

RhyMinister says he is excited about the future shows but didn't offer up much on who else they had planned for their next featured act.

He wants everyone to keep coming out to take part in the open mic sessions and express themselves as well as take in the unique mashups of music and art.

"Come and be yourself, express yourself come out, and see great talent in Barbados and we going try to match up different talents that you might not expect across genres and we are gonna have fun," RhyMinister stated.

Teff mixes the gritty with the surreal on new single