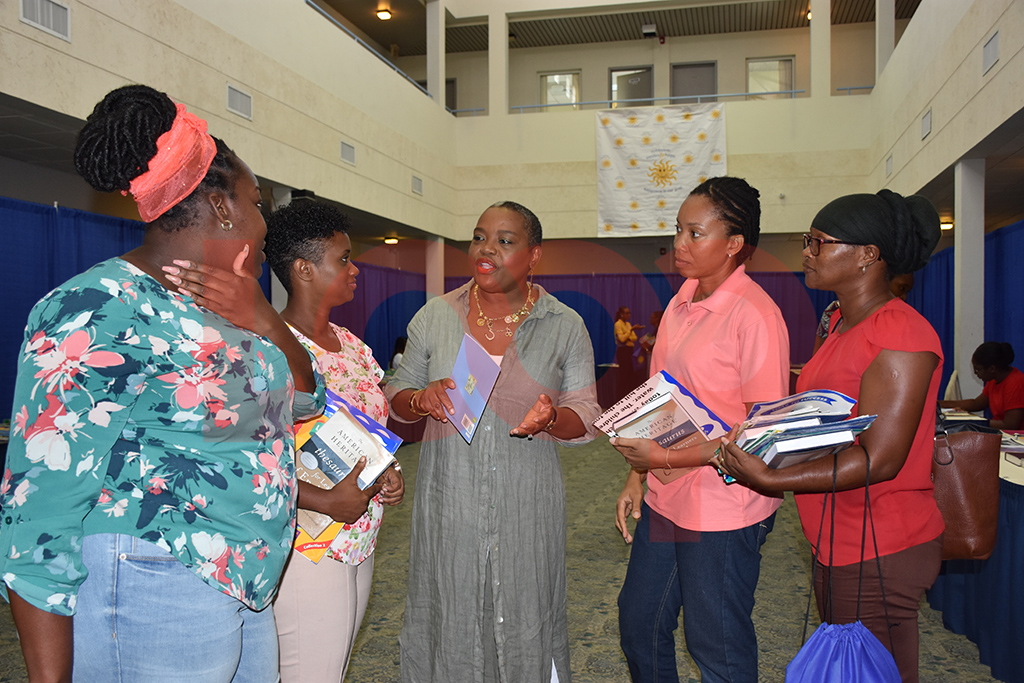 A Barbadian, who heads an international charity is questioning the seriousness attached to literacy in the country.

Director of the Robinson Smiles and Hope Foundation, Julia Robinson was speaking today, Wednesday, October 23, as the ten-year-old organization held a book fair at the Lloyd Erskine Sandiford Centre for the island’s Primary Schools.

Robinson noted emails were sent to the Ministry of Education, Technological and Vocational Training and also around to 76 primary-level schools informing them about the initiative and inviting them to take part. However, she said only 34 schools acknowledged receipt of the email, and roughly 15 schools turned up to the event which ran from 8am until midday.

"We were happy that some schools acknowledged us and did RSVP'd but we were disappointed that more schools did not turn up.  I mean only 15 turned up for about 1,500 books? That is ridiculous!

"Many of the teachers that did come said they only found out in the last day or so by word of mouth, but the emails would have gone out since August," Robinson told Loop News.

Explaining where and how the books were sourced for distribution, she said:

“Usually we would over time collect books, various text and titles and distribute them to the various schools. This year the books were donated through a partnership with schools in Maryland and Washington DC. The books that you see here are books that they no longer use or are overstocked.

“We found that there were so many. I think we have about 1,800 titles so we decided instead of coming to Barbados and taking the books to each school, why not just have a central location, invite the schools to come and choose which books they want – free of charge.”