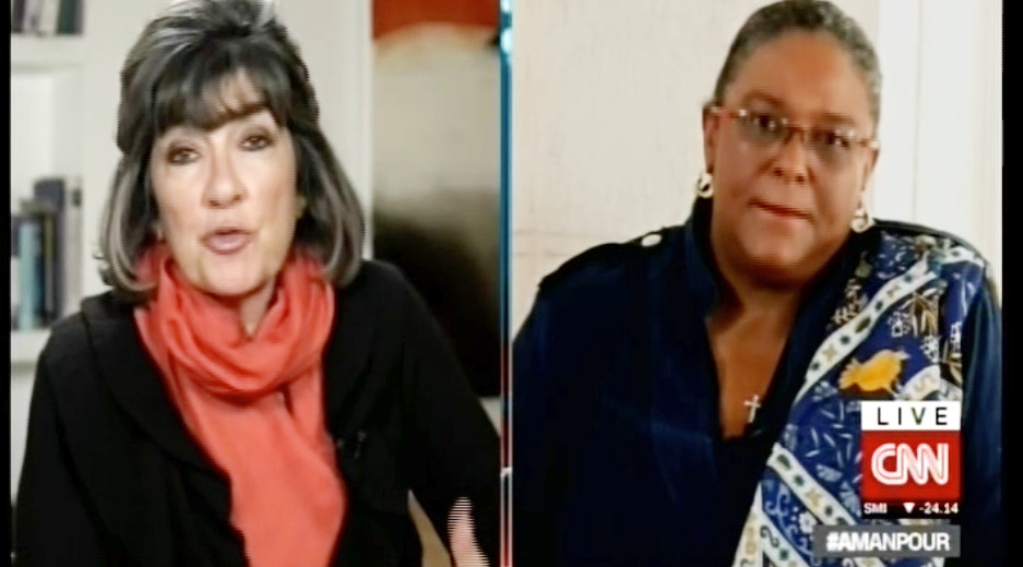 Barbados' leader and CARICOM's Chair has been placed amongst the list of great female leaders operating during this novel coronavirus disease pandemic.

Observing that females in leadership positions around the globe have led significant and strategic responses to contain the spread of COVID-19 in their nations or communities, Amanpour, in essence, asked Barbados' first female Prime Minister why she thought the fairer sex was making some of best moves now.

Amanpour said: "A lot of female leaders have been held up as having done a really good job, whether it's the Prime Minister of New Zealand, the Chancellor of Germany, some of the Scandanavian, European countries and yourself. Anything about female leadership that you'd like to tout, in a case like this, in a situation like this?"

With these two simple words and her broad trademark smile, Prime Minister Mia Mottley gave such as her response for the stance taken and decisions made by her peers.

"Simply that we care. We care and we have to care because in the same way that we want people to take care of the most vulnerable in the household, we want it in the country and I'm asking you to help us do it internationally."

In Barbados, it was most noticeable to Barbadians that during Mottley's recovery period after her medical procedure that she deputised a woman as well, Minister Santia Bradshaw. Barbados' House of Parliament still has more men than women as members of parliament in 2020, but Mottley's Cabinet has the most women in Barbados' history.

Throughout this pandemic so far, as it relates to Barbados' leadership, the world has only seen the face of a woman at the helm of this country.

However, going forward, Mottley called not specifically for more female leadership but instead for an increase in good and moral leadership across the globe.

"We need a global leadership initiative from Pope Francis and others right back to world leaders. That's why we need to be able to look at our debt and restructure and repurpose it. That's why we need to look and see that moral leadership is important in this world today and that is why we need to ensure that the Caribbean does not remain invisible and dispensible, nor the South Pacific and if our voices have to be spoken over and over and over to make this point, we shall not tower to do so, because what is at stake is human lives and the wellness and well-being of global civilization."

The world today heard Mottley's campaign slogan on a virtual stage. The leader of the Caribbean Community told the world once more, 'Mia cares'.

Related article :COVID-19 'too shall pass' and leave a stronger Barbados behind

Amanpour is a British-Iranian journalist who is the Chief International Anchor for CNN and host of CNN International's nightly interview program Amanpour. She also hosts Amanpour and Company.

This journalist interviews international leaders on hot topics and today, Barbados' leader will be in the spotlight.

It will show on Channel 503 on Digicel TV.