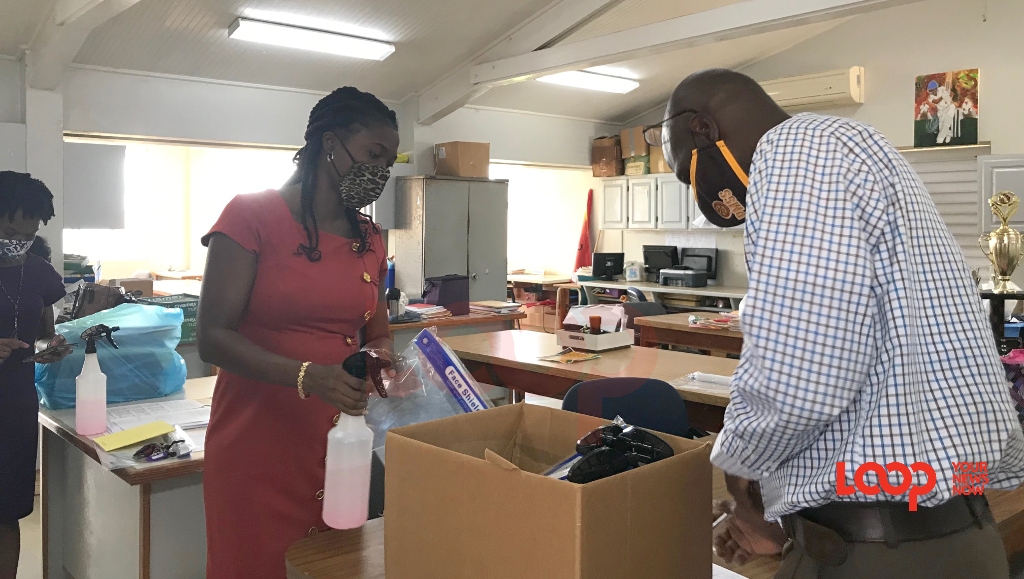 Princess Margaret Secondary School principal Jonathan Corbin (right) ticks off a teacher's name after distributing sanitiser and a face shield to her.

Students at the Princess Margaret Secondary School are not even getting a chance to shirk or slack off when it comes to following the health and safety protocols in place to prevent the spread of COVID-19.

From before the second bell at 8:45 am on the first day of Term 1 today (September 21), teachers including the principal Jonathan Corbin were busy separating cliques and instructing students to put on and keep on their masks.

"Most of this week will be spent trying to drill into the heads of the students safety and what they're supposed to do; the importance of following the protocols.

"It's new territory for them, they're accustomed to a particular mode of behaviour and already I've observed that they're going to need constant reminders. This is what we will have to do."

Asked if he is seeing any breaches with teaching staff, he quickly said: "Not at this point in time... But I have noticed at least two young men [senior students] with their masks in their hands this morning." He said that he addressed that situation promptly.

Additionally, he added: "Stuff like that and then they are so accustomed to close contact with each other and having not seen each other in so long, we had to be constantly asking them to observe the social distancing." 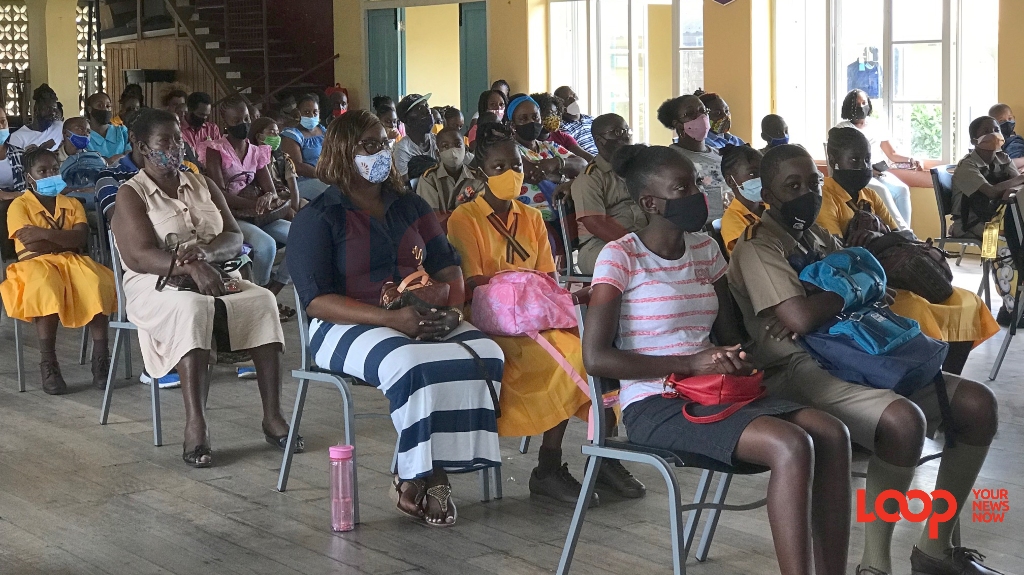 Photo caption: Parents accompanied their first form children to orientation on the first day of the school term (September 21).

Mask breaks on the cards

Noting how hot the morning set out today, the principal also foresees a problem with mask-wearing for the duration of school. But he promised parents and the first formers during their orientation session in the hall, that they will get breaks.

"If the seats are closer together because we have at least 10 rooms in the school that are smaller than others, so we can't space you as much as we would like there. If you are in one of those smaller rooms, you'll probably have to keep it on but then the teacher will let you go out, especially if it is a double lesson, go outside, get some air, fresh air and come back in."

The school also has some signage up to help remind students but the principal admitted that that too is a work in progress.

He said: "There is some signage. We are a little behind on that, there is some more that is supposed to go up. That would happen today and some markings on the floor in terms of directionality and so on. Those are the plans that we have set, put in place."

Some protocols were already in effect from when the Fifth Form students returned to school last term to complete their Caribbean Examination Council (CXC) subject papers. Therefore, the temperature checks and sanitisation at the gate was not a new addition for some students and staff.

In addition, on learning that protective equipment was not being provided to the school by the Ministry for this reopening, Corbin said that once they learnt of such, that issue became a non-issue because teachers contributed and the items were purchased. 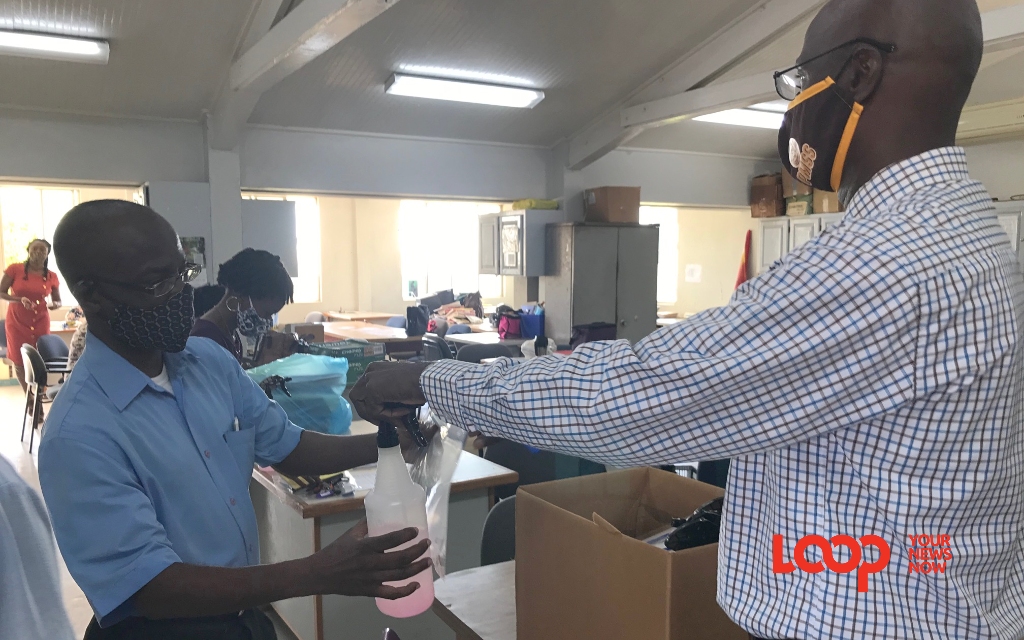 Asked if two boxes of spray bottles of sanitizer and face shields were donated, he said:

"No! That was bought. The face shields, half of them came from the Ministry and those were left back from Common Entrance. The other stuff we bought last week, when it was clear that the Ministry was not going to be actually providing but expected the schools to make the purchases and so, so we had to do that last day of last week."

Taking a register of teachers, the principal orderly distributed a face shield and a bottle with a mixture of sanitiser and alcohol to each student at the outset of the day's proceedings.

10 Takeaways for parents from Education presser about school restart