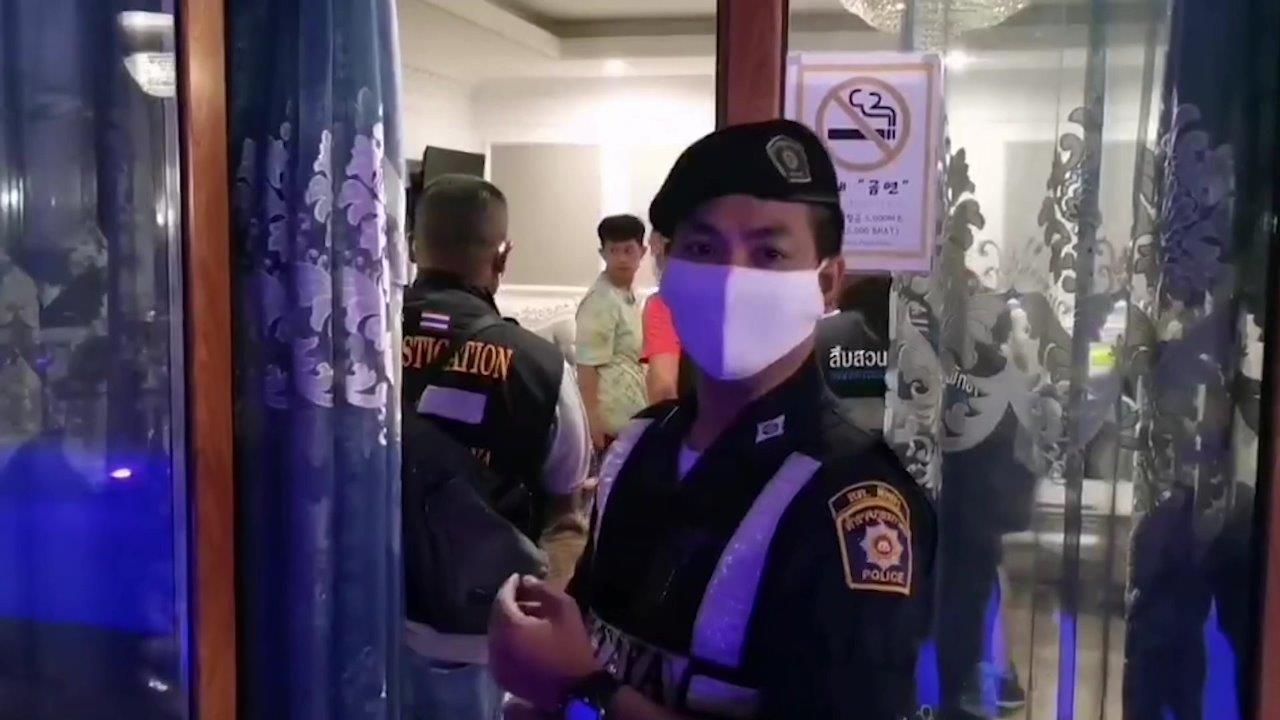 Police raided a luxury mansion where they allegedly found dozens of locals flouting a COVID-19 lockdown by having a drug-fuelled party.

Officers received reports from an informer that there was a rave at the white-pillared mansion in Pattaya, eastern Thailand on Tuesday night (May 12).

They stormed inside and found 47 revellers, including 22 men and 22 women from Thailand and another three who were Chinese tourists, all of whom were arrested.

Police said that one of the suspects arrested was Thanasak Kaewsri, 41, who they said has a criminal record for laundering the proceeds from drug sales.

The group was also allegedly breaking a state of emergency act brought in to stop the spread of the coronavirus by banning gatherings of people.

Officers confiscated one bag of methamphetamine, 15 bags of Ketamine, 200 pills of Valium, 15 pills of ecstasy, and several items of drug-taking paraphernalia. A 9mm pistol was also found in a car parked outside the house.

Those at the party reportedly told the police that they gathered to celebrate the birthday party of their friend.

Meanwhile, Police Colonel Korawat Hanpradit said they received the information about the party from an informer before they decided to initiate the raid.

He said: "We have an informer in the group and he told us about this event, so we followed the lead."

He added that the partygoers were remanded in custody while officers wait for their blood test results.

He said: "They will all be held in custody until they have made statements. After that, we will look into what violations they can face in addition to charges of violating the state of emergency act preventing gatherings of people.''