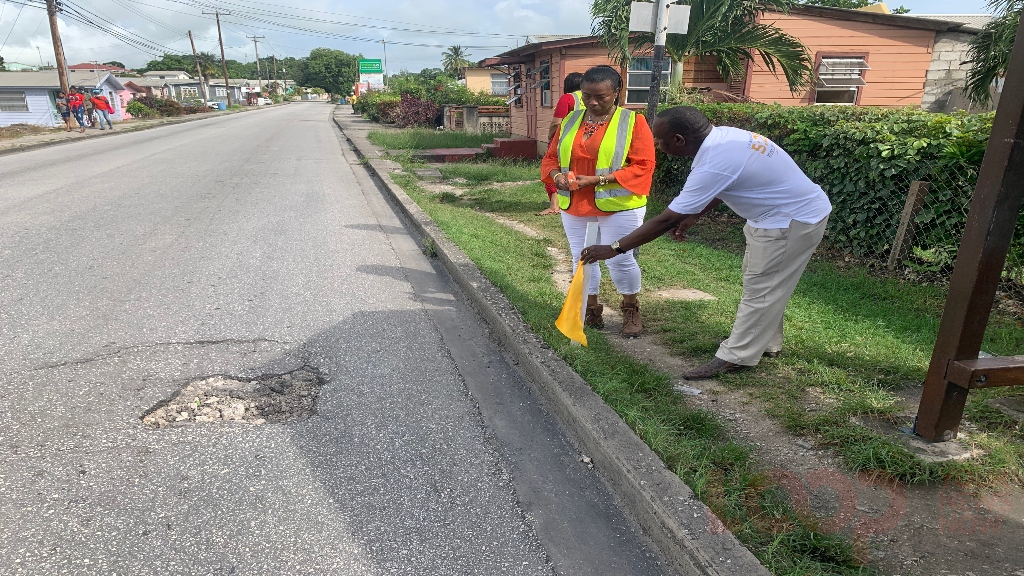 The president of the Barbados Road Safety Association (BRSA) wants the Government to repair roads across the island properly.

BRSA President, Sharmane Roland-Bowen, was speaking to the media on Road Safety Day when she chastised Government for the poor condition of the island's roads. As Barbados continues to experience heavy rainfall, several roadways have deteriorated, resulting in increased road cracks and potholes.

“Over and over again we try to repair these potholes with inferior materials . . . . As the driving public we need to demand more,” the president stressed.

Roland-Bowen stated that while she is not an expert in construction, she knows that better materials can be used to make roads on the island. She contended that if the roads were properly constructed, they would be safer to drive on.

BRSA has relaunched its caution flag initiative, placing caution flags, coloured, blue, yellow, and black, by potholes islandwide. The first flag was erected on Sunday, November 15, in the area of the PriceLo Supermarket in Christ Church. Flags will also be erected in Wotton Christ Church, Britton’s Hill St Michael, and Oldbury St Philip.

The association is hoping that drivers will proceed with caution when they see the flags alerting them that a pothole nearby.

This initiative began a few years ago but was recently reignited by images circulating on social media showing a vehicle stuck in a huge pothole in St Philip. The road safety advocate state that such an incident would not happen if the roads were made with the correct materials.

“I live in St Philip . . . suppose I was going home a night-time and that happened to me. What would I do?" Roland-Bowen queried.

She further stated that while potholes cause damages to vehicles, she believed they also contribute to accidents. The BRSA president held that accidents might occur due to drivers trying to avoid potholes, and the association wants to eradicate this issue.