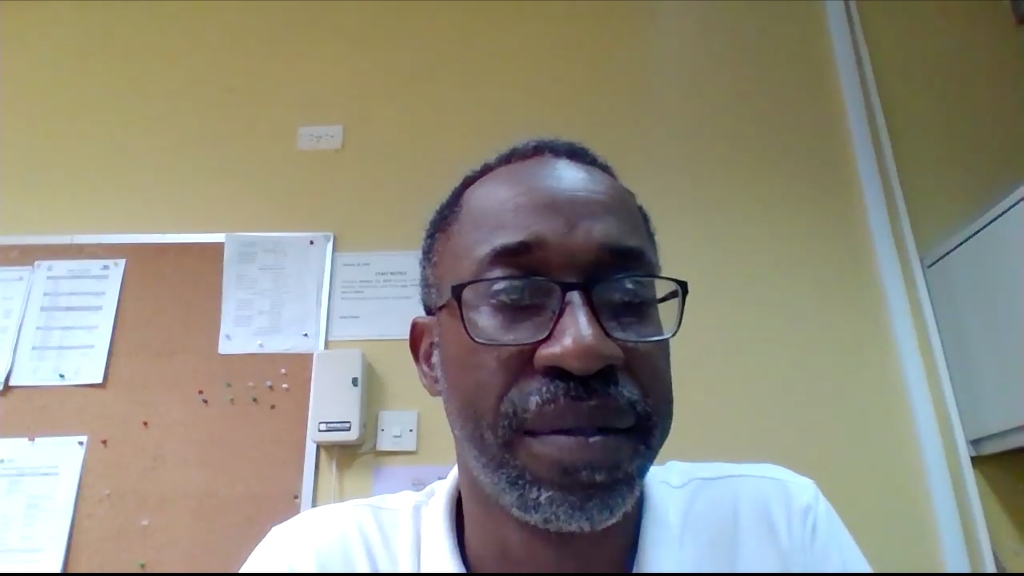 Principal of the Deighton Griffith Secondary School, Anthony Alleyne, in his farewell video.

After five years of service, the principal of the Deighton Griffith Secondary School has said his goodbyes to the students and staff.

Principal Anthony Alleyne announced last week on the school's Facebook page that he will be leaving the Kingsland, Christ Church institution.

In a heartfelt farewell video, Alleyne expressed his gratitude to parents, students, and teachers who petitioned the Ministry of Education to defer his transfer. He thanked everyone for their support while hinting that he will be relocated to another secondary institution.

"I want to say to everyone, your voices were not in vain. If nothing else we have shown our children what we try to teach them every day, that they can object, they can have disagreements and speak up as long as they do so positively, productively, and in the right way." he said

Alleyne stated that it was a pleasure to serve as principal and reminded persons of his goals during his tenure. He was confident that the goals created by him and fellow past principal, Cheryll Moseley, were accomplished.

He said that the lessons he learned during his tenure at Deighton Griffith will be applied at his new school.

"I will always remember the relationships that we would have built, hoping that you will do the same thing and continue progressing together with a vision strong," stated Alleyne.

"To my students, you are awesome. Always believe that you can be better than someone expects you to be. To the parents, I felt like I was more a part of your extended family than I was your principal, and I think we have done fantastic work. I want to encourage you to please support your new principal 100 per cent in the same way you would lean support to me over the past few years," he continued.