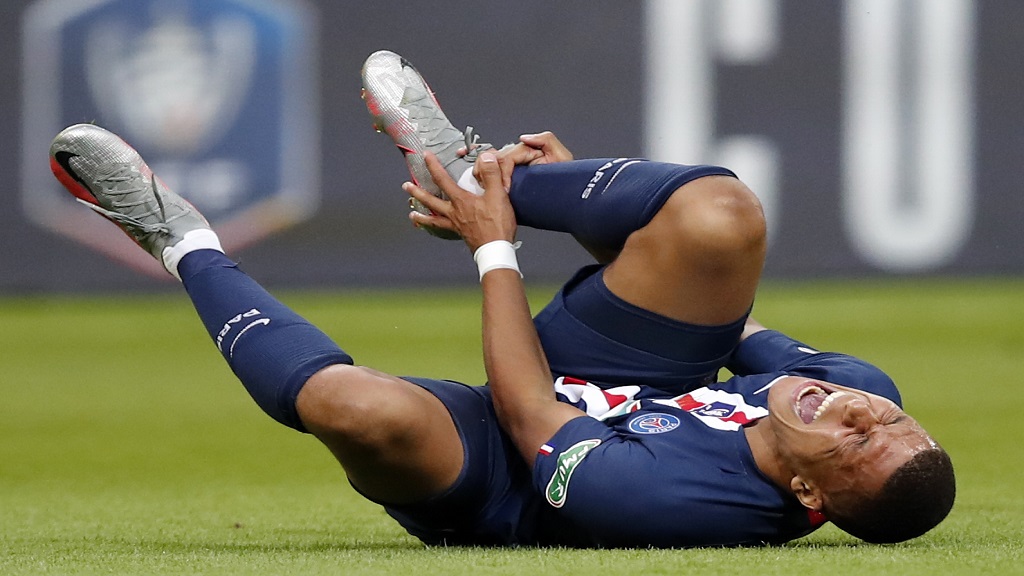 Paris Saint-Germain (PSG) have confirmed Kylian Mbappe has suffered a "serious" sprain to his right ankle.

The forward was hurt by a strong challenge from Loic Perrin, who was sent off, in PSG's 1-0 victory over Saint-Etienne in Friday's Coupe de France final.

The France star was seen on crutches while celebrating the win with his team-mates and underwent tests on Saturday.

PSG announced in a statement that he has a "serious right ankle sprain to the external lateral compartment. To be re-evaluated in 72 hours with clinical and ankle imaging analysis".

Mbappe is likely to be a doubt for PSG's Champions League quarter-final clash with Atalanta, which takes place in Lisbon on August 12.

He is also expected to miss the rearranged Coupe de la Ligue final against Lyon on July 31.

Earlier on Saturday, Mbappe posted on Twitter: "Waking up as a winner, there's no better feeling possible. Thank you all for your messages, I'm deeply touched. Kisses to all and have a good weekend."

PSG also confirmed Thilo Kehrer will be out of action for four to five days after sustaining bruising to his right hip bone.

However, Abdou Diallo and Juan Bernat are set to resume full training on Monday.

Mbappe to stay at PSG next season 'no matter what'

Mbappe and Neymar are 'very happy' at PSG, says Herrera

Zidane vows to respect Mbappe and PSG amid transfer talk