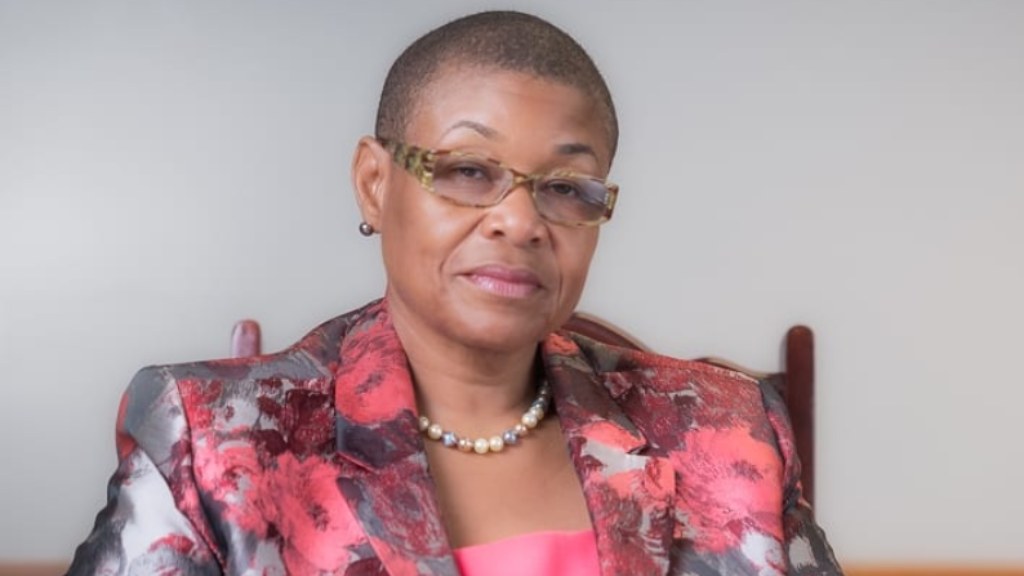 Director General of Human Resources in the Ministry of the Public Service, Gail Atkins. (BGIS)

Public officers who have been temporarily employed or acting in a post in the Public Service for three years or more before October 1, 2020, have begun receiving their appointment letters.

This disclosure has come from Director General of Human Resources in the Ministry of the Public Service, Gail Atkins, who said she and her team were diligently working on preparing and issuing the appointment letters. She added that the process was started on Monday.

“The Ministry of the Public Service has formed a committee to facilitate the process for issuing the letters to public officers and we have completed a number of posts already.

“We have begun to issue letters to the ministries, departments and agencies [MDA], and we will be calling each MDA to collect their letters to be distributed to the officers eligible under the Public Service (Appointments) Act, 2020.”

She explained that where no vacancy or relevant office exists, officers would be appointed to a supernumerary office by the Act.

Therefore, she added, officers would not be disadvantaged if there were insufficient vacancies for that post.

Due to the suspension of the relevant provisions in the Public Service Act and the Constitution, she said the officers have been appointed and will not be subjected to the regular provisions of attendance at a medical board to confirm fitness or confirmation of an appointment.

Parliament met last week and enacted the Act, to alter the Constitution to make provision for the appointment or promotion, as the case may be, of persons who have been temporarily employed or acting in a post in the Public Service for a period of three years or more on the date immediately preceding 1st October 2020.

The Royal Barbados Police Force, Prison Service, and persons in Project Offices do not fall under the provisions of the Act and therefore will not benefit immediately.

Atkins pointed out that the Act stipulates that the person must be sitting in that office on October 1, 2020, and must have had three years’ continuous service immediately prior to that date.

She noted that the Act identifies persons who are ineligible for an appointment at this time.

How to seek grievance

The Director General said the Act recognises that there may be situations where officers have a grievance arising out of that legislation and it provides redress for such.

“The Act states that if an officer is prejudiced by the operation of either Section 4 or 5 in respect of an appointment to an office by virtue of the provisions, the Governor General may appoint the officer to an office, the appointment of which results in the remedying of the prejudice.

“As a result, the Ministry of the Public Service has designed a form which will be used by officers who consider that they are so prejudiced, to apply to the Governor General for the remedying of the prejudice.

“A link to that form is now available, and it will be placed on the Barbados Government Information Service’s website, as well as those ministries with websites or intranet,” Atkins stated.

Atkins said there was space on the electronic form for the officer to identify their relevant acting assignments and make a written representation to the Governor General.

She noted that the form must be submitted to the Ministry of the Public Service, which would have responsibility for transmitting it to the Governor General, as well as communicating her response to the public officer.

The Director General reminded those recently appointed under this new Act that they were still subject to the rules and regulations of the Public Service.

Meanwhile, for those public officers who have already been appointed and are awaiting their letters of confirmation, Atkins said the Ministry was aware of their concerns and was working to restructure the process so it could be shortened where possible.

Officers who fall into this category would be appointed on the date identified in their letters of appointment.