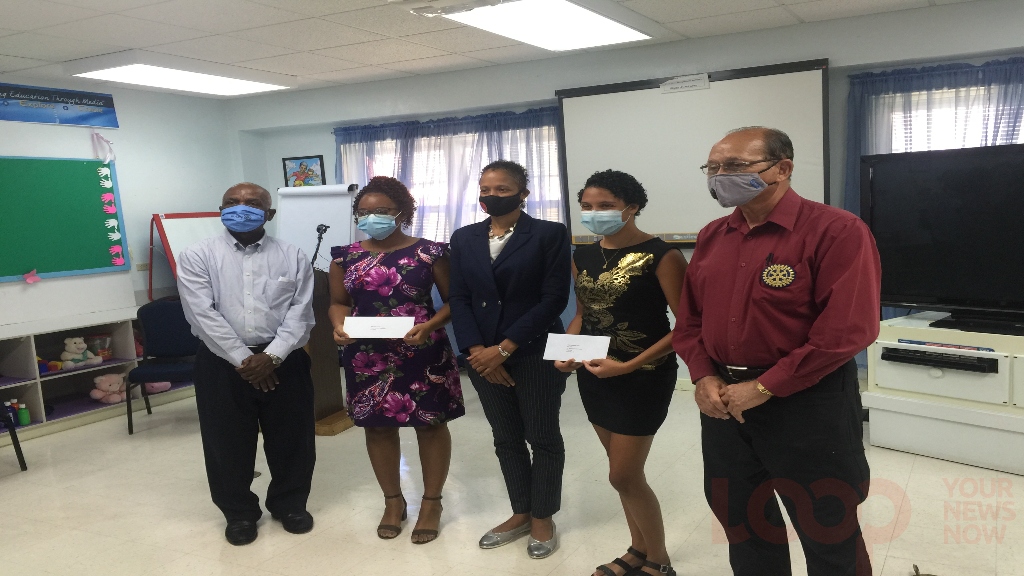 Two young Barbadians were presented with scholarships from the Rotary Club of Barbados West as they begin their life as university students.

This occurred yesterday, September 15, 2020, at the Ministry of Education.

Jacqueline Ford and Niann Thompson were both described as “two deserving young ladies” who both underwent many trials in life to reach to where they are now.

Jacqueline was raised by her aunt and uncle from a baby. Despite this, she said that she was raised in a house full of love. Now that she has completed her studies at the Christ Church Foundation Secondary School, she will be pursuing a Bachelor of Science in Ecology at the University of the West Indies, Cave Hill campus to make her life-long dream of becoming a Marine Biologist a reality.

Niann was raised by a single mother, who is a cancer survivor, along with her siblings. The family found themselves in a deeper struggle this year when Niann’s mother lost her job due to the impact of COVID-19 on the island. The past student of the Coleridge and Parry School and The Combermere School will be studying French and Spanish at the UWI Cave Hill campus.

“My mother’s wish has always been to live to see her children have a tertiary level education and today I know that she is happy that I am on my way” says Niann while expressing her thanks for being awarded the scholarship.

As the Minister of Education, Santia Bradshaw, presented the winners with their scholarships, she stated that she was pleased to see that both Niann and Jacqueline will be studying in areas catering towards the national development of Barbados. She urged them to take what they are going to learn during their time at the university and share their knowledge with others to create a better country.