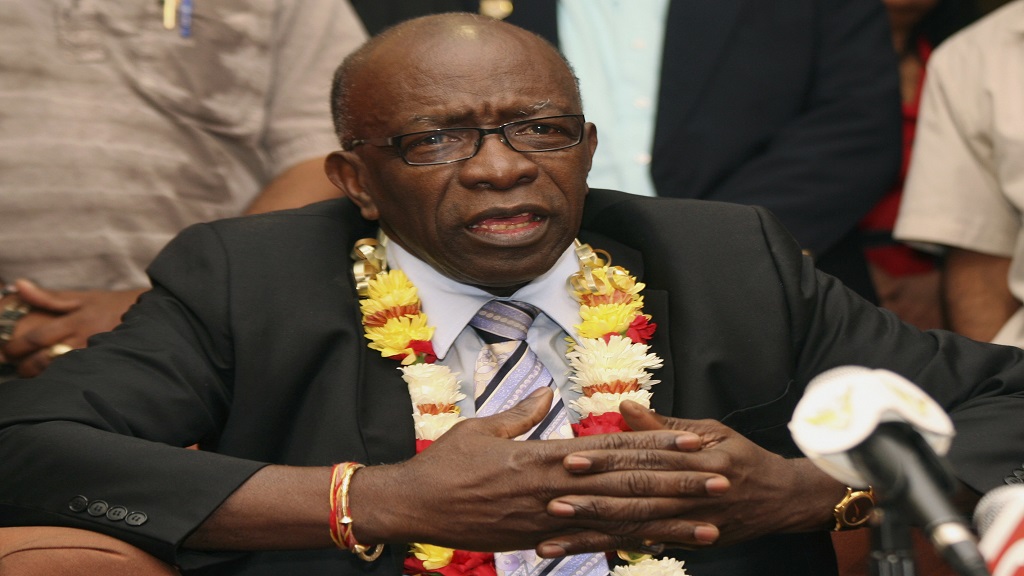 “We can’t understand what this is about, or how to react,” Sorokin told The Associated Press, referring to claims in a US Department of Justice (DOJ) indictment unsealed late Monday. “We the bid committee had nothing to do with this. ... It looks like a perfect conspiracy theory.”

The indictment said high-ranking FIFA official Jack Warner of Trinidad and Tobago received $5 million in bribes to vote for Russia from 10 different offshore shell companies, which used correspondent accounts in the US

Warner was first indicted in 2015 on financial corruption charges that included a separate $10 million bribe from 2010 World Cup host South Africa. He was an influential FIFA vice president at the time of Russia’s victory against three rival European bids.

Detailing a new digital money trail, the fresh indictment said payments arrived in Trinidad and Tobago via “densely layered transactions between and among offshore accounts,” including in Cyprus and the British Virgin Islands.

Some money was wired using accounts that also paid "companies based in the United States that performed work on behalf of the 2018 Russia World Cup bid,” the DOJ said.

“There was a designer company most likely having a legal address in the US,” Sorokin said in a telephone interview. “There were a number of companies. Which one was US-based and which one was not, honestly, it’s hard to say right now.”

Two emails were cited in the indictment as new evidence in the sprawling investigation that first rocked FIFA and international football officials in May 2015.

One was written by “co-conspirator 3” in April 2011 and allegedly was sent to Warner’s assistant with advice on writing to accept receiving the “5m” total payments “minus minimal bank charges.”

The identity of No. 3 has not been made public, but the person has been described as “a close advisor” to then-FIFA president Sepp Blatter and “other high-ranking FIFA officials.”

Asked if that person had any formal or informal role with Russia’s bid campaign, Sorokin said: “None that I can recall.”

The other email, also to Warner’s assistant, was written ahead of the FIFA vote by “an associate of co-conspirator 3.”

“Kindly advise him (Warner) that ‘what was agreed is what is being done this week,'” the email said. “Please also tell him that I am less worried about promises made to be fulfilled on my end than his ability to keep his promise when the time comes.”

Russia won the second round of voting easily with 13 of the 22 votes. Two FIFA officials were removed from the process after being implicated in vote-selling by a British newspaper’s undercover sting.

Russian President Vladimir Putin, who was prime minister in 2010, made it a national priority to host football’s signature event. He gave a  victory news conference in Zurich, beginning it by speaking in English.

“Russia received the rights to host the World Cup in an absolutely legal manner,” Peskov said Tuesday. “This is not linked in any way to any bribes and we categorically deny it.”

FIFA's ethics committee found in 2014 that Russia and other candidates, including 2022 World Cup host Qatar, broke some bidding rules but they did not affect the results.

“We abundantly responded to all the questions,” said Sorokin, who has been a member of FIFA's strategy-setting council since 2017. “We have opened everything that we have. We don’t know what else to say.”

“Regrettably when people see Russia, they automatically — some people — think the worst,” Sorokin said. “We do not agree with this stereotype."

Warner has been fighting extradition to face racketeering conspiracy charges in the US since 2015, the same year FIFA banned him for life. He dismissed the latest allegations in comments reported by Trinidadian media.

The updated indictment also identified Russia as the 2018 bidder a FIFA voter from Guatemala, Rafael Salguero, said he promised to support for a $1 million bribe. He never received the money, and was sentenced to time served in 2018 after pleading guilty and cooperating with US authorities.