Saddened by vendor's death Minister pledges to look at protection 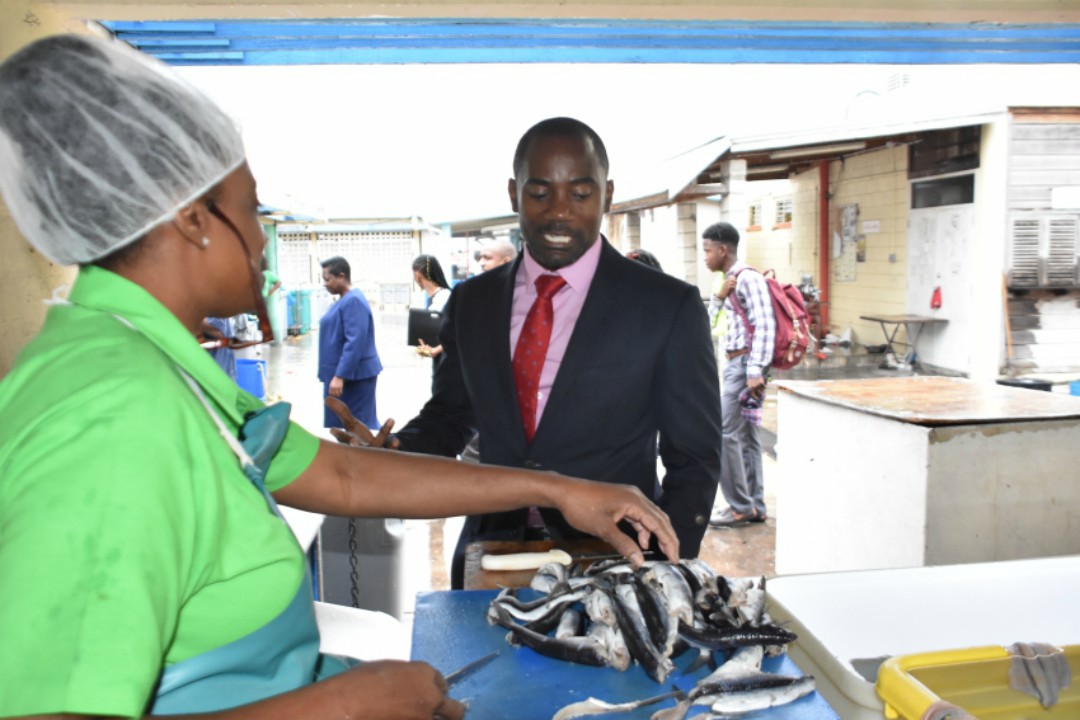 Moved to tears on learning of the untimely death of one fish vendor at the market in Oistins, Maritime Affairs Minister Kirk Humphrey said that his ministry will look at introducing some protective measures on the compound.

Rita Hunte, 74, died as a result of a freak accident at the Berinda Cox Fish Market where she worked.

Minister of Maritime Affairs and the Blue Economy, Humphrey expressed sorrow at the passing of Hunte. The 74-year-old woman succumbed to injuries sustained in a freak accident (June 24) involving a car. Dorothy Hall, 63, was also hurt in the accident.

During a visit to the market (June 25), Minister Humphrey offered words of comfort to Hunte’s colleagues, stating that he could only imagine how traumatic the experience was, particularly for those who witnessed the incident.

“This is a tragedy by any measure. When I heard the news, it brought tears to my eyes, because I know most of you. I know now, having spoken to many of you, that some of you actually saw the incident and I can only begin to comprehend the magnitude of what you have to carry …. I understand some children were in the Market, as well,” he said, while extending condolences to Hunte's family, friends and colleagues.

Minister Humphrey furthermore gave the assurance that his Ministry would support the vendors during this difficult period, and encouraged them to make use of the counselling services provided.

He also disclosed that his Ministry was considering a suggestion to install a barricade in the area between the parking lot and the vending area. He pledged:

“I promise you this is something we will look into.

In addition, the Maritime Affairs Minister said: “I want to continue to offer, on behalf of the Ministry, my fullest support to Oistins and all of the vendors in Barbados.”

Fatal freak accident at Fish Market in Oistins under investigation