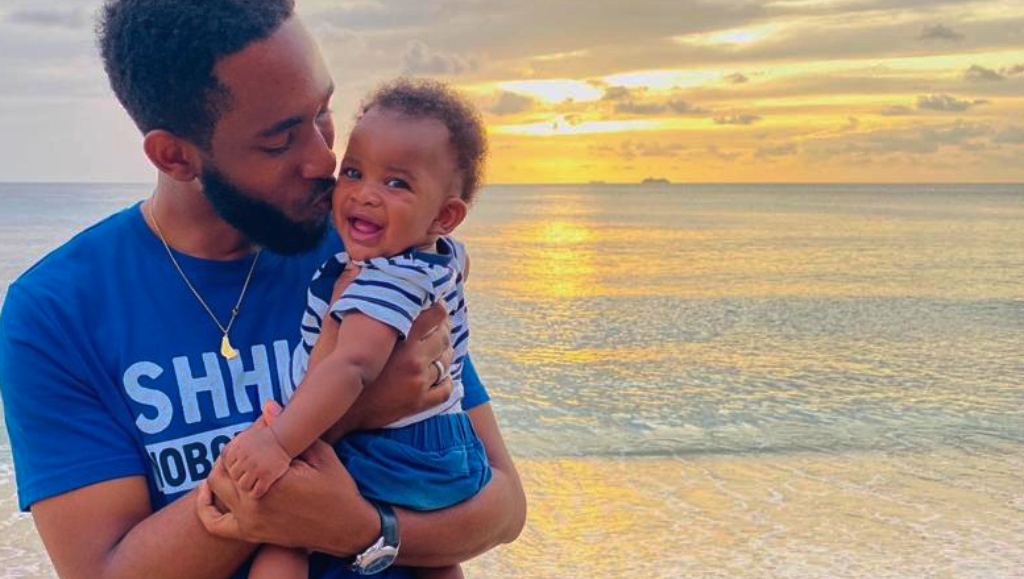 Stefan and Sekani at sunset

Being a father is more than showing up for a photo op on Father's Day in Stefan Harewood's mind.

Celebrating his first Father's Day, the 26-year-old dad dotes on his five-month-old son Sekani Harewood. The two share one middle name 'DaCosta' amongst many other things including a bond that's even thicker than blood alone.

Sekani reacts to his dad's voice, especially his singing in a way that he does not respond to anyone else. Loop Lifestyle discovered this with our detective skills, but Stefan confirmed our hunch saying it's his favourite thing to do with his son. 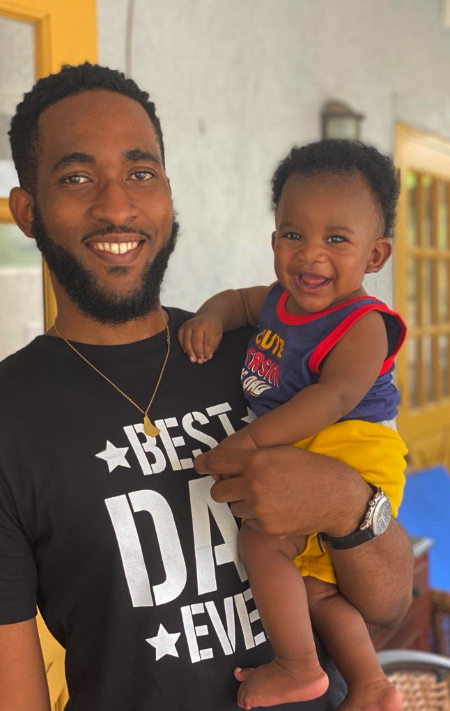 "Singing to him is easily the best thing ever. He enjoys it as he stops whatever he is doing just to listen and sometimes join in and sing. I plan to start playing my guitar to him because I believe my musical string is already in him."

Asked what fatherhood means to him, Stefan may be new at this but he has a solid plan and is very serious about this role. "Being a father is not just about bringing a child into this world, it is about teaching and sculpting him/her into being a well-rounded and respected individual with structure and discipline. It also requires sacrifice and putting my son before myself. And finally encouraging Sekani to live his dream, work hard for whatever he wants to achieve.

"It's a daily joy being his teacher, his guide, his support and strength. I am happy to be Sekani's father. He thinks I'm the best dad ever!"

Having seen photos and videos of the two, it's easy to agree with Stefan's bold statement because when they look at each other, they appear to be the apple of each other's eye.

So only five months in, we asked Stefan to recall his reaction when he found out he was going to be a dad? Laughing at first, he said:

"​When I first found out I was lost for words.

"Desirae came to me the very moment she found out and the excitement really left me speechless which is odd because I'm someone who's known for being loquacious. The journey was amazing with all the support received from family and friends."

Well, that's just the news, so of course, we had to find out if words left him when he went to the ultrasound appointment too. "​Hearing the heartbeat was like a solidification of it and my belly dropped. Then both Des and I started to shed a few tears while holding each other's hand," he confessed.

We've seen the pair together now, but we asked Stefan about that first time when Sekani was finally here. How did he feel? He said:

"​From the time he came out I held him. Once again I cried and I felt like I would never stop. My Godfather was actually the delivering doctor so that made it even more special for us all. What was weird was that Sekani came out looking EXACTLY like me. I kid you not, like a carbon copy."

Our heart broke for mummy Des, having a baby that looks so much like daddy, but we know she has her own bond with Master Sekani.

Related article :Desirae will tell her newborn son 2020 was the best and worst year

Learning from his son even at months old, Stefan said his growing bundle of joy has taught him the value of patience, enjoying each moment and he has reaffirmed how important family is to him. "Some times if I have an off day whether it be at work or elsewhere, seeing his face and smile immediately washes all worries away."

With a baby under one year old in these COVID-19 times, we had to ask what dimensions did this virus add to his parenting. "It definitely is scary. I had all these nice outfits for Sekani with all these places in mind to take him but COVID caused us to revisit that. It was painful not even allowing him to see his other family members and Godparents as often as we would've liked but we also had to be very wise and careful with him being out and about."

Beyond that hurdle, he added: "The hardest part about being a dad is wondering each day - Have I done enough? Am I doing this right? But then I am reminded this isn't textbook and I got this! Each day is different but each day is a major blessing."

They say a baby changes your life and Stefan shared: "​I love waking up to his bright smile in the morning. He routinely wakes up around 5.30 am each morning and we sit abed for a bit talking and laughing. Connecting on that level is truly amazing and gets me off to a great start of the day."

Amerie has daddy DJ Sheldon Papp wrapped around her finger