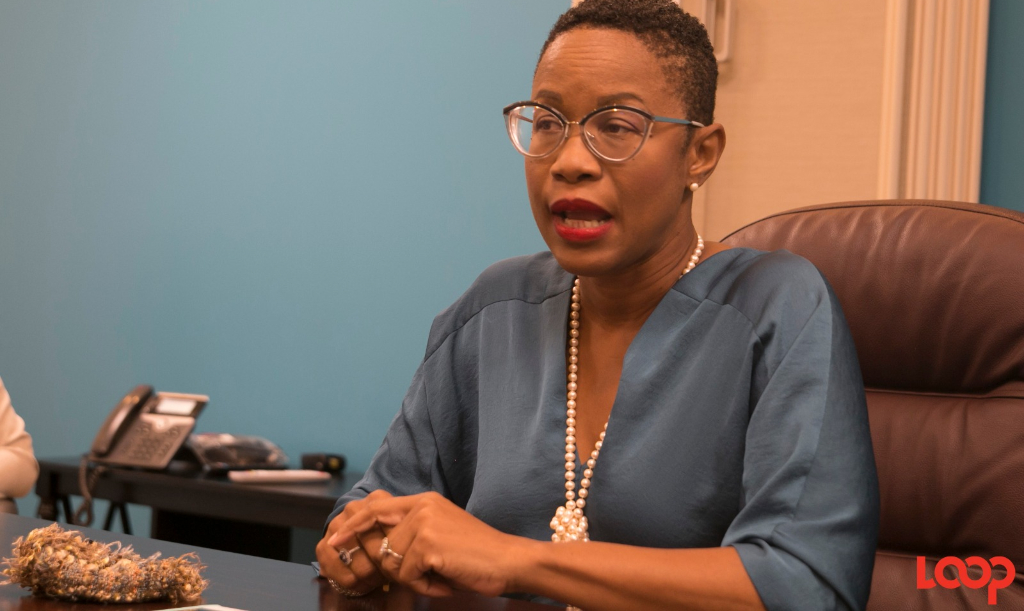 Newly-appointed Minister of Tourism and International Transport, Senator Lisa Cummins ruffled feathers when she attended a sitting of Senate after completing self-quarantine and being tested for COVID-19.

Senator Cummins was one out of a group of government officials and media personnel who entered into self-quarantine after attending a welcoming ceremony of 95 nurses from Ghana last Thursday, on the orders of Acting Chief Medical Officer, Dr Kenneth George. Nine of the nurses were confirmed to have the COVID-19 virus.

Immediately after Senate President, Sir Richard Cheltenham made the announcement that Senator Cummins would be joining the post-lunch session and affirmed her attendance reading from a medical certificate written by Dr George, there were strong objections from other members, namely Senator Monique Taitt and Opposition Senator Caswell Franklyn.

"This isn't 14 days yet and if she [Senator Cummins] comes I gone cause I am not staying in here with somebody who they told to stay in quarantine. You want to pass a Bill and you will bring the lame and the blind and everybody inside here. This is foolishness," Senator Franklyn exclaimed.

Senator Taitt also lent her voice to the objections saying:

"I am concerned sir... there are people in here who are high risk and we are in an environment where there are no windows. I am not certain that this is a good thing... I believe that Senator Cummins coming in here is premature."

She also pointed to Minister Jeffrey Bostic's decision to attend this morning's press conference from at home as he too had been ordered to quarantine.

The Tourism Minister, before casting her vote on the Bill before the House, criticized the actions of her fellow Senators calling it a "most unfortunate and despicable display".

"We saw 22,000 crew members being repatriated. I was present in the Port for many of them ... in the same way that we did last Thursday, masked-up, socially distant and maintaining all the protocols set out by the government. I did not find myself unwelcome in any space and I did not have a COVID-19 test.

She explained during the times she interacted with cruise ship passengers at the Bridgetown Port in recent months, she had never been treated with such "scorn" from her colleagues.

"I today have had my first COVID-19 test ... and my risk exposure, low though it may have been, was identical for all of those times and I walked in and out of this Chamber without scorn or ridicule. I shudder to think what a person who has had a positive COVID-19 test is going through in this country."