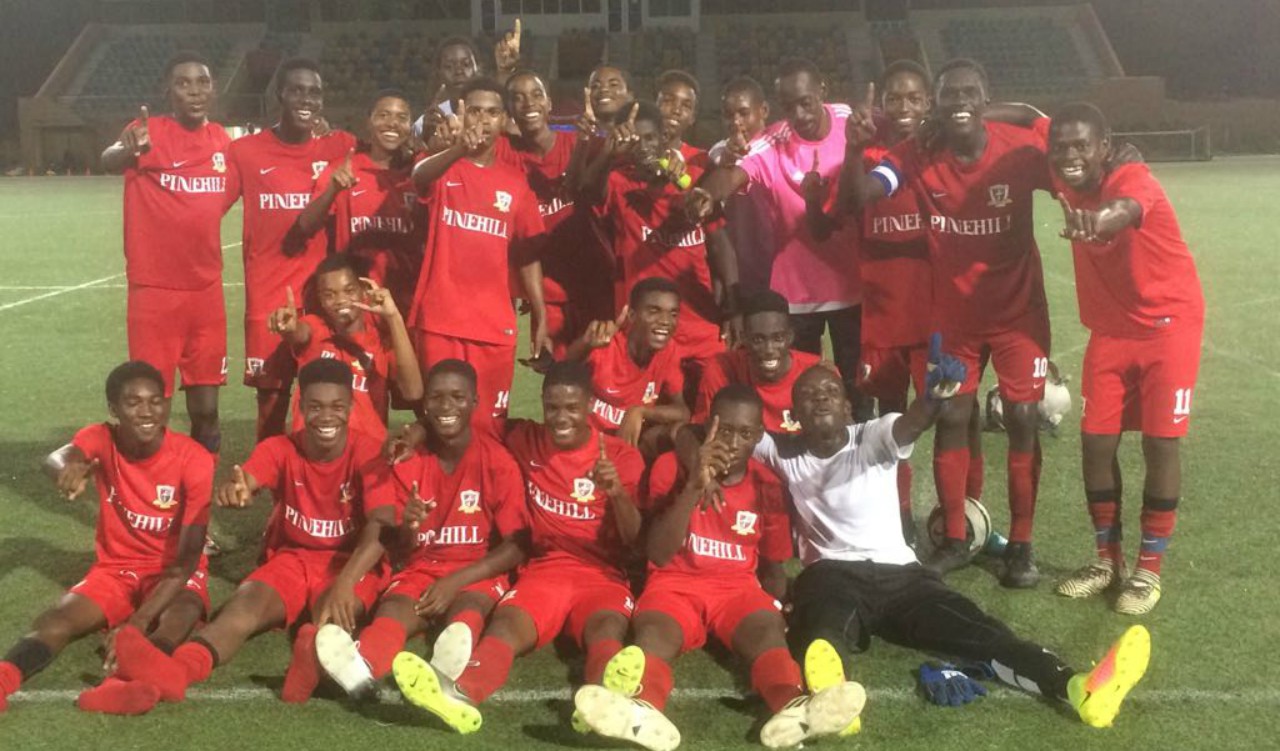 St Leonard’s Boys’ School retained their position at the top of secondary school football, while the Combermere School returned to the top division of the Barbados Secondary School Football League (BSSFL).

With SJIT needing just a draw to claim the League One title, they started quite assertively with some good individual, direct play from key players Ray Francis and the front pair of Mario Graham and Kobe Shepherd.

However, it was the defending champions who opened the scoring.  SJIT attempted to press their opponents and left a huge space behind their tardy defense, which resulted in Thierry Gale lobbing the ball into the path of captain Dishon Howell who held off his marker and drilled the ball into the bottom right-hand corner in the 14th minute.

This lead lasted just two minutes as Graham’s close-range effort, following a cross from the left by Francis, was too strong for St Leonard’s goalkeeper Nashton Browne to handle and the ball struck his right hand before trickling over the goal line.

St Leonard’s went ahead in the 20th minute, this time Howell turning provider and Gale the scorer.

The second half was all downhill for the reigning Cup kings SJIT, as they offered no resistance to St. Leonard’s offensive bombardment

Gale and Howell added further goals to their tally in the 43rd and 78th minutes respectively.  While substitute Donte Greenidge added the other goal in the 72nd minute. 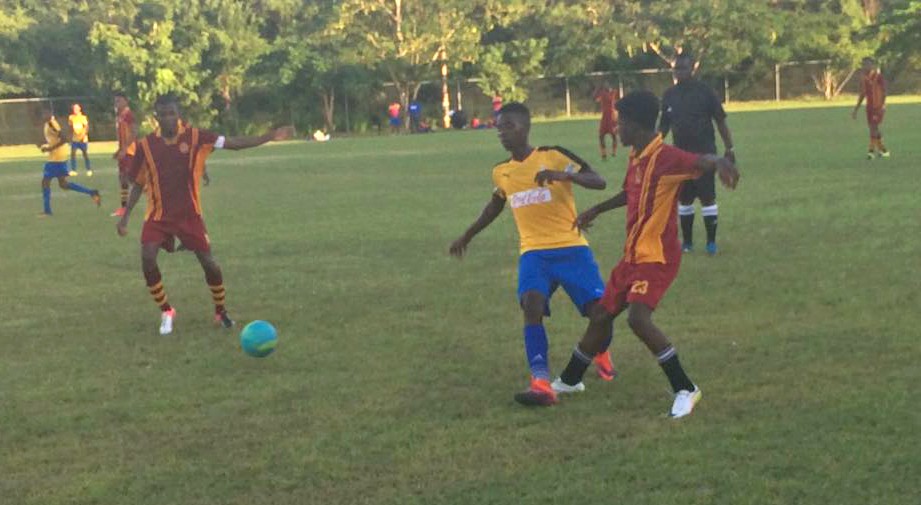 After being demoted last season, the Combermere school achieved immediate promotion from League Two after winning that division in style; unbeaten.

The Waterford lads defeated traditional rivals Harrison’s College 2-0 at home earlier in the week to wrap up the division with one game to spare.

Goals by national midfielder Nathan Skeete in the 21st minute and Dante Niles in the 29th capped off an impressive campaign for the Combermere football team.