Minister calls out Bajans who dump illegally: You are not patriotic! 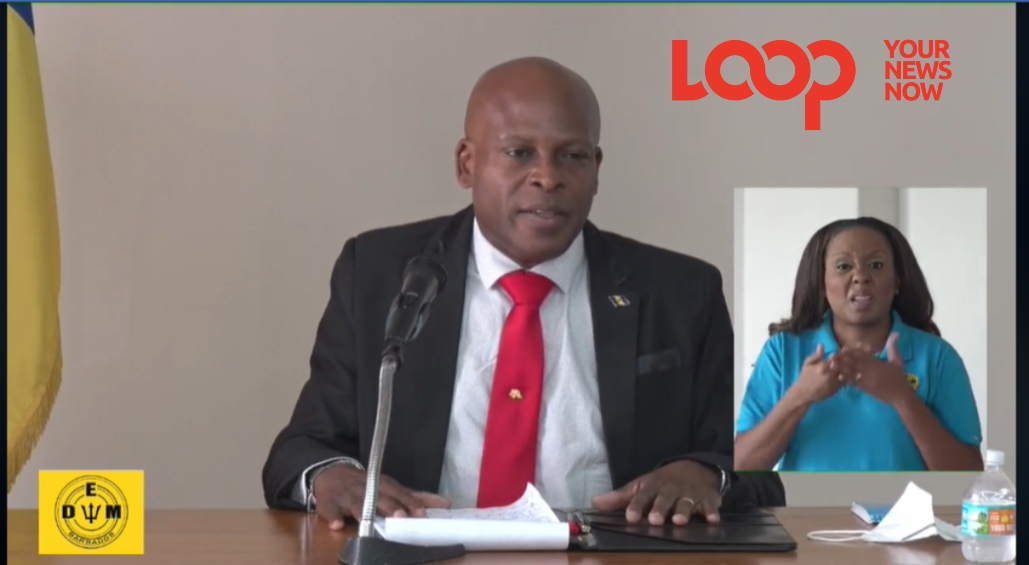 One minister has called into question the patriotism of persons who dump illegally in Barbados. He charged that these lawbreakers are blocking watercourses and causing destruction and sometimes death when subsequent flooding occurs during storms and hurricanes.

With predictions of a 'really intense' hurricane season this year, Minister of Home Affairs Edmund Hinkson is urging residents of Barbados to take heed of the warnings, but he also made an impassioned plea for those on the island to discontinue the practice of illegal dumping. This urging came during his address on Saturday (May 30) at a 2020 Atlantic Hurricane Season press conference.

“I urge us Barbadians to cut out this habit of getting what you no longer need, your waste products, and you don’t want them at your house, so you go and dump them somewhere else. This is a habit that, quite frankly, time is long since past that we get rid of as a people,” Minister Hinkson said.

He went on to assert:

“You can’t say you love Barbados, you’re patriotic, you’re nationalistic, you hold a Barbados flag on Independence Day but yet you feel that you have the right to dump waste products, whatever it is fridge, old appliance, stove, in a gully and whatever else because that obviously interferes with the natural watercourses and has been the main reason if not the only reason why when you do that in The Whim, down in St. Peter, Speightstown, Gills Terrace and other places have flooded.” The indiscriminate dumping has resulted in instances of periodic flooding over a number of years.

He revealed that in 2018, shortly after their election victory, agents of the present government made a concerted effort to clear the gully in The Whim, St Peter. He attributed the reduction in flooding in that area in 2018, during the passage of Tropical Storm Kirk, to the proactive operation carried out then.

With joint collaboration between government agencies, including the Barbados Defence Force, Ministry of People Empowerment and Elder Affairs and the Ministry of Education, Technological and Vocational Training, just to name a few, Minister Hinkson declared that they will find the resources to ensure the island is adequately prepared ahead of the 2020 hurricane season. However, the Minister urged Barbadians to play their individual parts to ensure that around their homes and throughout their communities were also adequately cleaned and prepared.