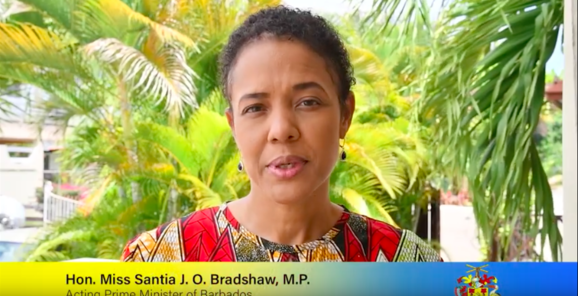 This afternoon, Acting Prime Minister Santia Bradshaw indicated that Government was in further discussions with local retailers on possible alternatives.

Supermarkets across the island reopened on Wednesday, April 8, to receive orders for delivery or curbside pickup from 9 am to 4 pm. Ordering was done via online purchasing, call, WhatsApp and e-mail by participating stores. Supermarkets such as Popular Supermarket in Spooner’s Hill and Kendall Hill also offered pre-packaged grocery bags of $25, $50 and $100 value with the lists of packed items advertised online and at each location.

Despite the plan, Bradshaw said:

“They have been having some difficulties to meet a number of orders whether online or via WhatsApp messages. They have been coping but there are challenges. As I said on Tuesday, they were backed-up orders that many of them would have had, added to the additional burden of persons being able to order through the respective mediums.

"Over the last 24 hours, we have continued our discussions with the retailers, we have put forward some suggestions, they have also made some recommendations [and] those discussions are continuing,"

Bradshaw made the remarks during a live televised update.

She also said that by Saturday, Government will inform the public on the modus operandi for the next couple of weeks.

"Over the next 48 hours at the earliest is by Saturday, the intention is to speak to the country so that you can continue to make preparations both as shoppers and retailers to know what will happen in the course of the next few days and next few weeks," Bradshaw stated.