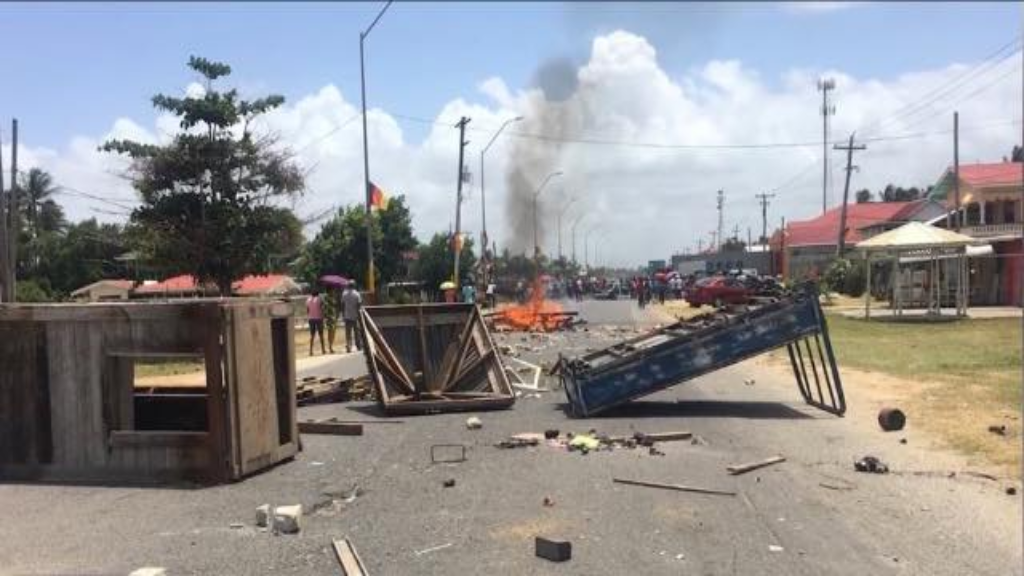 The teen has been identified as 18-year-old Seedat' Devon' Hansraj.

The Guyana Police Force said its ranks were forced to shoot Hansraj after he and a group of men attacked them with cutlasses and other objects.

Two police officers identified as Sergeant Ibaran and Constable Fraser were chopped about their bodies.

All injured parties were taken to the New Amsterdam Public Hospital where Hansraj was pronounced dead on arrival.

The injured officers are said to be in a stable condition at the hospital.

Supporters of the People’s Progressive Party/Civic (PPP/C) staged fiery protests earlier on Friday, in stronghold communities, after the Guyana Elections Commission revealed unverified results from the Regional and General Election in Region Four that gave the ruling A Partnership for National Unity+Alliance For Change (APNU+AFC) coalition victory.