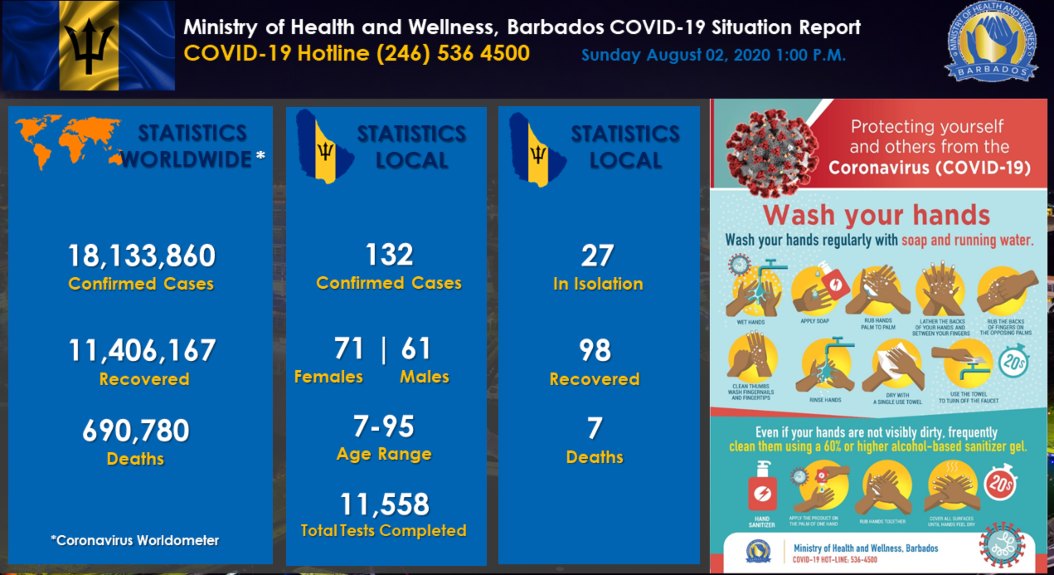 Out of the 12 new COVID-19 cases recorded, ten persons have been placed in isolation centers across the island.

Two of the positive cases were transit passengers and Barbados was not their final destination.

An update on the number of confirmed COVID-19 cases was provided by the Minister of Health, Jeffrey Bostic today during a press briefing. The Minister said the daily report from the Best-dos Santos Public Health Laboratory revealed that a total of 270 persons were tested.

216 arrived aboard flights from the United States and United Kingdom. Of the 216 that flew in, 12 tested positive. Seven flew in aboard Jet Blue from JFK Airport in New York, while the other three were shared between British Airways and Virgin Atlantic. It must be pointed out here that all 12 persons returning positive tests results were citizens or residents of Barbados.

The six women and six men testing positive were all asymptomatic.

The new figures bring the total number of confirmed cases for Barbados to 132. At present there are 27 people in isolation.

The number of recoveries stands at 98 and there have been seven deaths recorded.