Tokyo Olympics: Many rules, no partying, no hanging around 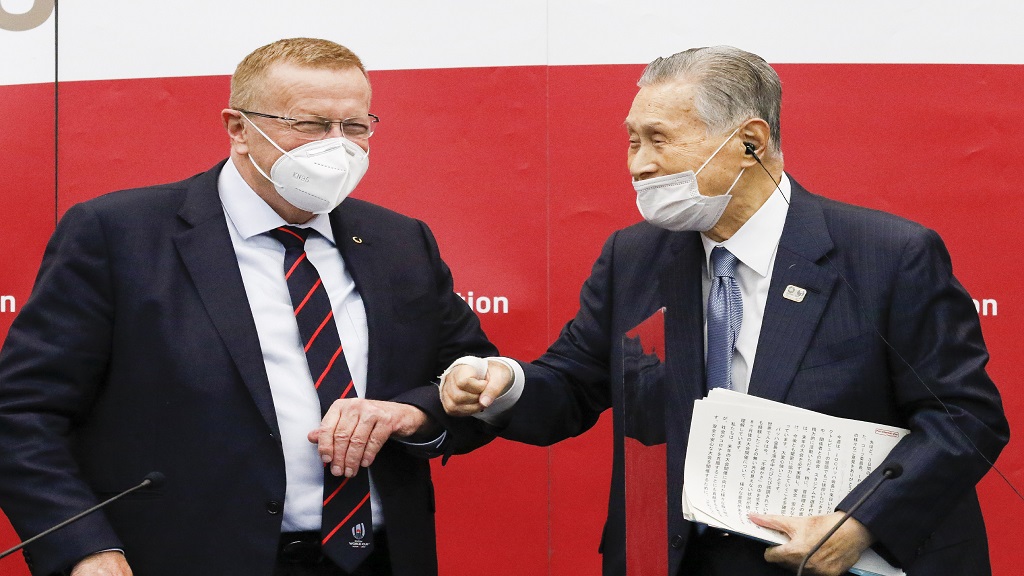 Athletes at the Tokyo Olympics won't have the luxury of hanging around once they've wrapped up their event.

No late-night parties in the Athletes Village. No nights — or early mornings — on the town.

Instead of getting to know their global neighbours, Olympic athletes will be encouraged to leave Japan a day or two after they've finished competing.

From the opening ceremony to life in the village on Tokyo Bay, the postponed 2020 Olympics will be like no other. There'll be stringent rules and guidelines — and maybe vaccines and rapid testing — to pull off the games in the middle of a pandemic that has been blamed for more than 1 million deaths worldwide.

“Staying longer in the village increases the potential for problems,” John Coates, the International Olympic Committee (IOC) member in charge of overseeing Tokyo preparations, said Wednesday at a briefing for the Olympics and Paralympics.

Coates was asked if athletes would be discouraged from sightseeing, or looking around the city.

“Yes,” he replied simply, a short answer suggesting these Olympics will be all business with few frills.

It was Bach's first visit to Japan since the Olympics were postponed in March.

Bach left Tokyo on Wednesday after two days of saying a vaccine was likely to be available and athletes would be strongly encouraged to take it.

Organisers and the IOC are growing confident they will have a vaccine and rapid testing. This will help, but dozens of other countermeasures will also be in place; social distancing, masks, and bubbles in the venues and the Athletes Village.

Japan has controlled the virus reasonably well with about 1,900 deaths attributed to COVID-19. But almost 500 new cases were reported Wednesday in Tokyo, and more than 2,000 around Japan — both one-day records.

Cases are surging in the country just as optimism is also on the rise.

Christophe Dubi, the Olympic Games executive director, acknowledged much is still in the planning stages with many scenarios in play ahead of the scheduled opening on July 23, 2021.

“We don’t know what the situation will be next year, but some decisions will have to be made already in December," Dubi said, speaking remotely.

Coates said the opening ceremony would be restricted to only athletes and a maximum of six team officials. In the past, dozens of officials — at times 50, Coates said — were allowed to march, filling in for athletes who may have skipped in order to compete the next day.

“We won't do that this time,” Coates said. “That is just increasing the potential problem in the ceremony.”

Officials are also wrestling with how to keep the opening ceremony from becoming a mass-spreading event, even if athletes are tested when they enter Japan and when they leave their home country.

“We don’t want to change the tradition of all athletes having the opportunity to parade in the opening ceremony,” Coates said, suggesting athletes might be tested as they entered the stadium, or in the tunnel as they come on to the track.

There are sure to be lots of rules. And athletes will be asked to follow them, as will thousands of officials, judges, media, VIPs, and broadcasters who will need to enter Japan.

“I am absolutely sure that people will play by the rules and respect whatever guidelines are put in place," said International Paralympic Committee president Andrew Parsons, who spoke remotely from Brazil. “Every stakeholder involved in the Olympics and Paralympics understands the importance.”

Bach and Coates have both said they want to have fans from abroad, which has yet to be confirmed. Bach said he expected a “reasonable number” of fans in the venues. But how many, and from where, is unclear.

“We hope we can give the opportunity to as many people as possible, including foreign spectators,” Coates said. “We want the families of the athletes who come from overseas to have an opportunity to see their children. That’s what the Olympics is about, and I hope it’s possible.”

Tokyo Olympics to give refunds to ticket buyers in Japan

IOC gets official look at simplification for Tokyo Olympics