Trump in ‘quarantine process’ after top aide gets COVID-19 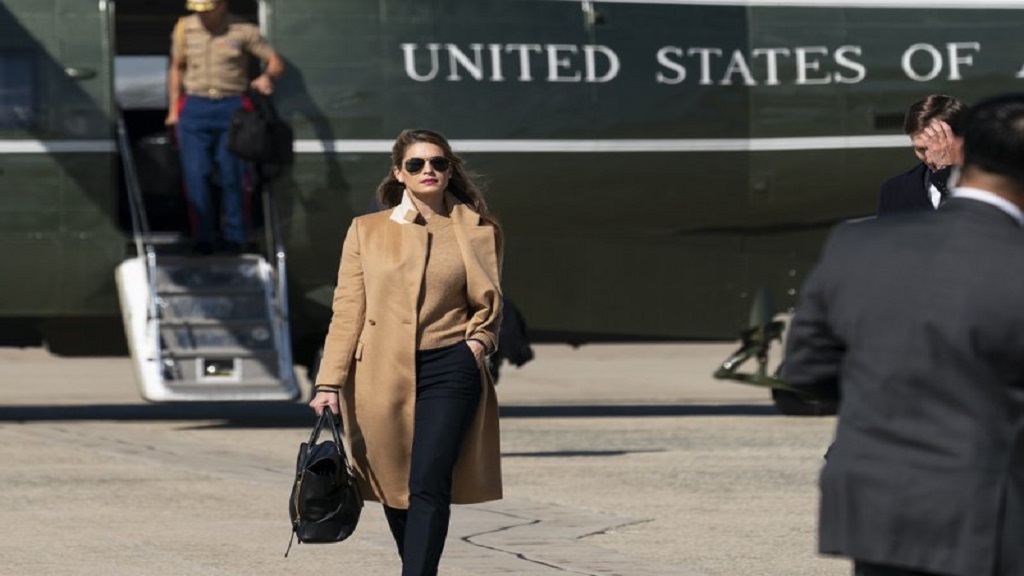 Counsellor to the President, Hope Hicks, walks from Marine One to accompany President Donald Trump aboard Air Force One as he departed Wednesday, September 30, 2020, at Andrews Air Force Base, Md. (AP Photo/Alex Brandon)

President Donald Trump said Thursday that he and first lady Melania Trump are beginning a “quarantine process” as they await coronavirus test results after a top aide he spent substantial time with this week tested positive for COVID-19.

Trump’s comments came after he confirmed that Hope Hicks, one his closest aides, had tested positive for the virus Thursday. Hicks began feeling mild symptoms during the plane ride home from a rally in Minnesota Wednesday evening, according to an administration official who spoke on condition of anonymity to disclose private information. She was quarantined away from others on the plane and her diagnosis was confirmed Thursday, the person said.

Trump tweeted late Thursday: “The First Lady and I are waiting for our test results. In the meantime, we will begin our quarantine process.”

Earlier, during a call-in interview with Fox News Channel’s Sean Hannity, Trump said: “Whether we quarantine or whether we have it, I don’t know. I just went for a test and we’ll see what happens.”

It can take days for an infection to be detectable by a test and it was unclear what Trump’s quarantine entailed. Minutes before his tweet, the White House distributed a schedule for Friday that showed he planned to go forward with a fundraiser at his Washington, DC, hotel and a political rally in Sanford, Florida.

Several Minnesota Republicans met Trump at Minneapolis-St Paul International Airport Wednesday ahead of his rally in Duluth and a fundraiser in suburban Minneapolis. Senate Majority Leader Paul Gazelka had not been contacted by the White House “as far as I know,” spokeswoman Rachel Aplikowski said. House Minority Leader Kurt Daudt had not been contacted, a spokesman said.

Hicks, who serves as counsellor to Trump, also travelled with Trump to the first presidential debate in Cleveland on Tuesday. She is the closest White House official to Trump to test positive for the virus so far.

The positive test is yet another reminder that the coronavirus continues to spread even as Trump has tried desperately to suggest it no longer poses a danger. Since it emerged earlier this year, Trump, the White House and his campaign have played down the threat and refused to abide by basic public health guidelines, including those issued by his own administration, such as wearing masks in public and practising social distancing. Instead, Trump has continued to hold campaign rallies that draw thousands of supporters. The virus has killed more than 200,000 Americans and infected more than seven million persons nationwide.

The White House had not responded earlier to multiple questions about the last time Trump was tested and whether he and other staffers who spent time with Hicks in recent days will be asked to quarantine. 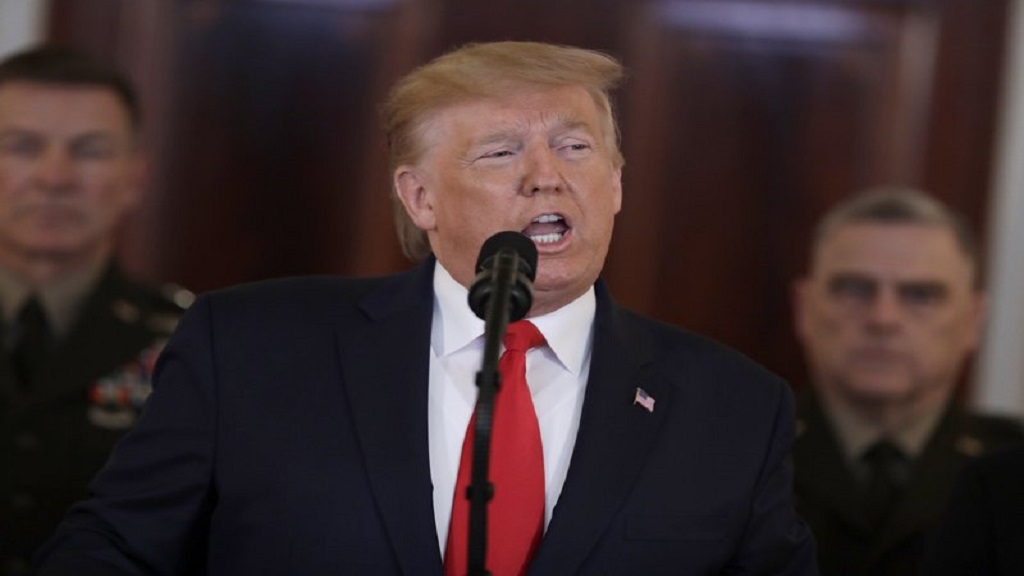 Trump travelled to New Jersey Thursday for a fundraiser despite concerns about Hicks’ health.

Trump is 74 years old, putting him at higher risk of serious complications from the virus. He said he expected to have the results back either Thursday night or Friday morning.

In a statement, White House spokesman Judd Deere said the president “takes the health and safety of himself and everyone who works in support of him and the American people very seriously.

“White House Operations collaborates with the physician to the president and the White House Military Office to ensure all plans and procedures incorporate current CDC guidance and best practices for limiting COVID-19 exposure to the greatest extent possible both on complex and when the president is traveling,” Deere said.

Hicks is one of the president’s most trusted and longest-serving aides, having worked as spokesperson for his 2016 campaign. She originally served as White House as communications director, and re-joined the administration this year as an adviser ahead of the election. Her positive test was first reported by Bloomberg News on Thursday evening. She did not respond to a request for comment.

Still, Trump has consistently played down concerns about being personally vulnerable to contracting COVID-19.

“I felt no vulnerability whatsoever,” he told reporters back in May.

While the Centers for Disease Control and Prevention recommends that people who have been in close contact with someone with COVID-19 quarantine for 14 days, White House staffers are considered essential workers. CDC’s guidelines for exposed essential workers allows them to return to work if they take precautions, including taking their temperature before going into work, wearing a mask at all times and practising social distancing.