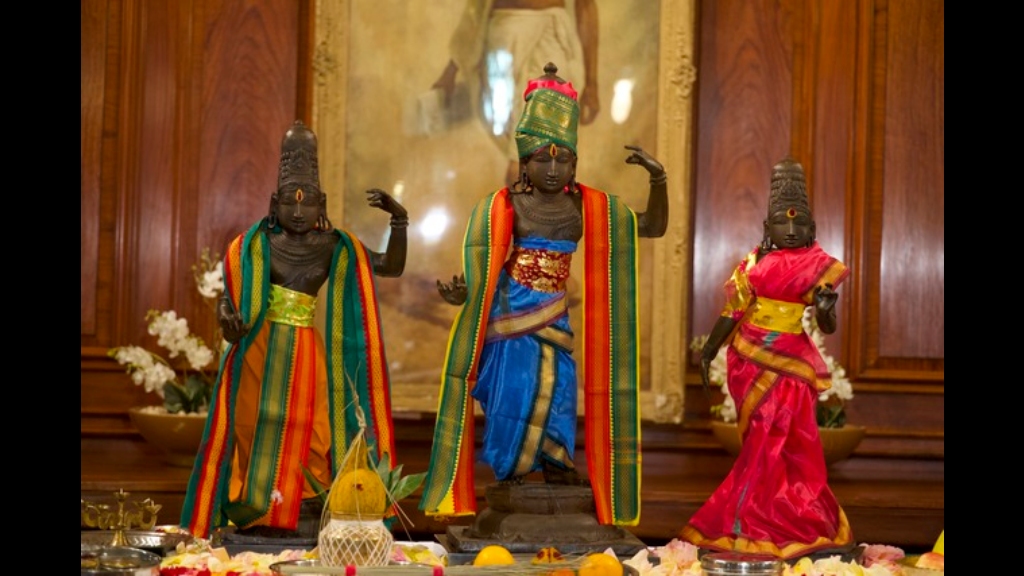 British police said Wednesday that three historically and religiously important bronze sculptures are being returned from the UK to a temple in India from which they were stolen more than 40 years ago.

Police said in a statement that the works were removed in 1978 from a temple in the Tanjavur district of Tamil Nadu.

Although the thieves were caught and convicted in India, the bronzes remained missing for the next four decades.

The High Commission of India in London tweeted photos of the bronzes, describing them as "priceless" statues from the Vijayanagara period, which dated from the 14th to the 17th century.

In 2019, the High Commission alerted specialist art and antiques detectives at the Metropolitan Police that one of the sculptures was being offered for sale by a UK-based dealer.

Police said the dealer had bought the sculpture in good faith and no criminal offence was committed. The dealer agreed to send it back to India, and also identified and surrendered the other two missing idols.

"Once he was aware that they had been stolen, he immediately recognised that they should return to India," Detective Chief Inspector Tim Wright said.

He said the sculptures were historically significant and also of religious importance.