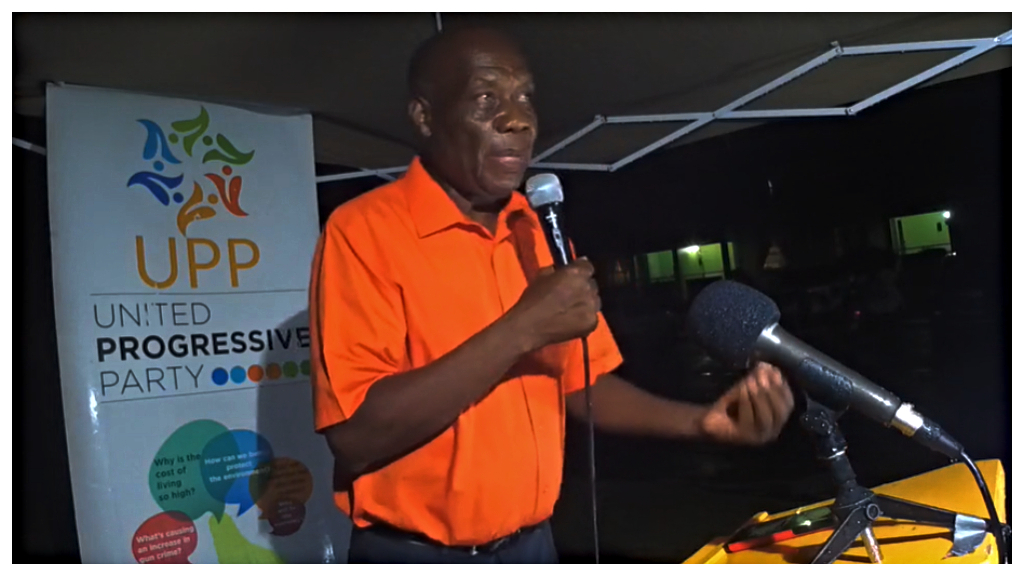 Ambrose Grosvenor believes his track record in the Flat Rock community is a great reason and good proof for St George North constituents to put him into Parliament to work more on their behalf.

"It is surely a pleasure to walk through these districts, look people in the eye, hear their concerns and address them.

"Not sending proxies to ask if people are on the electoral list, tick and move on. I want to have a real conversation about your issues, your concerns and to be given the opportunity to see what I can do."

He told those gathered at Flat Rock on Sunday for a United Progressive Party (UPP) spot meeting.

Using a real-life example that he recently interacted with a lady in the constituency who was trying to get some help because she has painful chronic arthritis and in two days-time he went to a government agency and they said they would investigate. "I am not one who just listens. I want solutions. I intend to follow-up. . .

"I want people to be successful, that is what I want."

Urging that he has "no chip on his shoulder . . ." he said that in the past when he recognised that the then government was not acting in the best interest of his neighbours to bring the Flat Rock park to fruition for the young constituents, he said: "I put a case to the Wesleyan Holiness Church in Flat Rock and it was approved and this park came to be."

He said that church where he worships "underwrought the cost of the equipment . . . Our commitment to the community is demonstrated . . .

He has been part of Community Day, a tennis tournament, Fun Day, "I was outfront in all those activities.

"So let me dispel, once and for all, this notion that someone else has a very strong connection to Flat Rock. It's a myth.

"Flat Rock has become all of sudden . . . ground zero of this by-election. Imagine that? A district that has gone predominantly for the BLP over the past several elections but one Ambrose Grosvenor has set about to end that and it's causing waves not only in Flat Rock but throughout St George North and I will continue to execute my campaign, one that will be successful when we have that by-election on November 11."

Thanking Gline Clarke who has resigned from politics, for his public service "because public service is a difficult calling," he said that the people of St George North "are calling for representation because of their dissatisfaction".

By-Election Watch: When and why should a Senator's seat become vacant

St George North constituents head to the polls on November 11